The Norwegian Defense Research Establishment (FFI) wanted to test the benefits of augmented reality for the Norwegian military’s infantry fighting vehicles and main battle tanks. It also wanted to provide a cost-effective demonstration of this technology to its end users, the Norwegian military. In 2006, FFI conducted its first experiment with simulated augmented reality and battlefield management systems using an in-house developed simulator, based on a commercial game. In 2008, FFI conducted a field trial where augmented reality was demonstrated as a proof of concept in infantry fighting vehicles. After the field trial FFI has conducted two experiments with a more detailed implementation of the simulated augmented reality system, using VBS2 as the simulation platform. Presently, battlefield management systems in military vehicles offer Blue-Force Tracking and allow users to laze a target and mark it, but they do not offer the capability to view this information directly in the vehicle’s sights and periscopes.

VBS offers a complete virtual environment for military simulations, and it has an Application Programming Interface that makes it possible to develop new functionality.

Using VBS2Fusion, a C++ based application programming interface for VBS2, FFI developed a plug-in that visualizes information from a battlefield management system, like Blue-Force Tracking, observations and waypoints, in the form of graphical symbols in VBS2. For instance, a friendly tank could be labeled with a NATO symbol. Developers also created a Laser Range Finder in VBS2, which lets the user mark positions in the terrain, and tested voice recognition with the battlefield management system connected to VBS2.

“VBS2 offers a complete virtual environment for military simulations, and it has an Application Programming Interface that makes it possible to develop new functionality,” said Per-Idar Evensen, senior scientist at FFI. “By testing emerging technologies and new concepts in a virtual environment by developing virtual prototypes, we can evaluate technology that is not yet available, decide whether or not it should be developed, and even assess what properties it should have in order to give the maximum benefit to users.”

FFI then conducted a week-long test of the system with six infantry fighting vehicle crews. The crew conducted several different scenarios to test various elements of using augmented reality in a battlefield management system. For example, researchers examined system delays when objects moved and what constituted delays that could be tolerated by users.

“The experiments show that the AR system results in faster and more accurate perception of Battlefield Management System information, and thus better overall situational awareness,” said Evensen. “In small test scenarios, we observed an average reduction of up to two thirds in target acquisition times. The results and lessons learned from the experiments are being used in the ongoing project for designing a real AR system for combat vehicles.”

Evensen adds that the FFI has found “VBS2/3 suitable for experimenting with emerging technologies and new concepts by developing virtual prototypes.

“The virtual prototypes make it possible to experiment with new technologies in situations that are hard or impossible to achieve in the real world because of cost, safety or availability issues.”

“Design and Implementation of an Augmented Reality System in VBS2”, Per-Idar Evensen 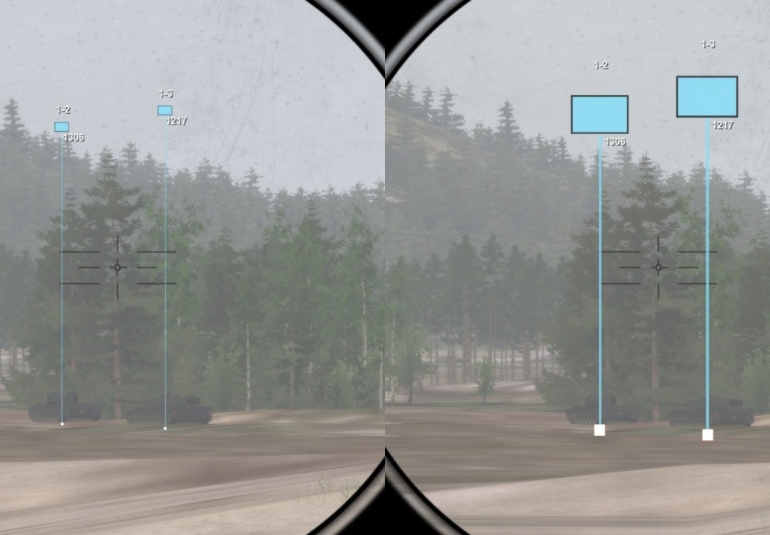 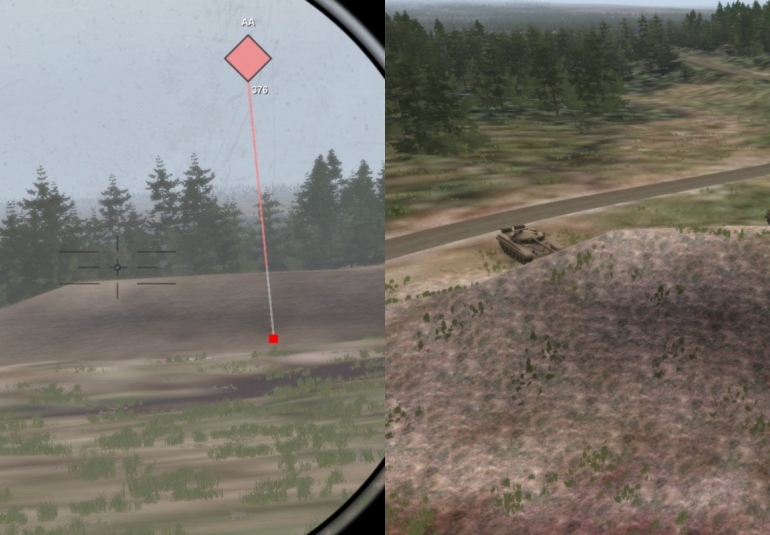 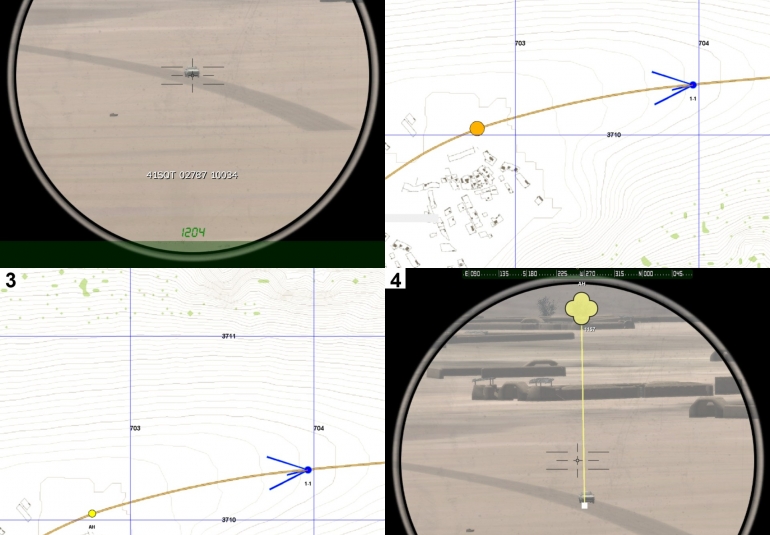 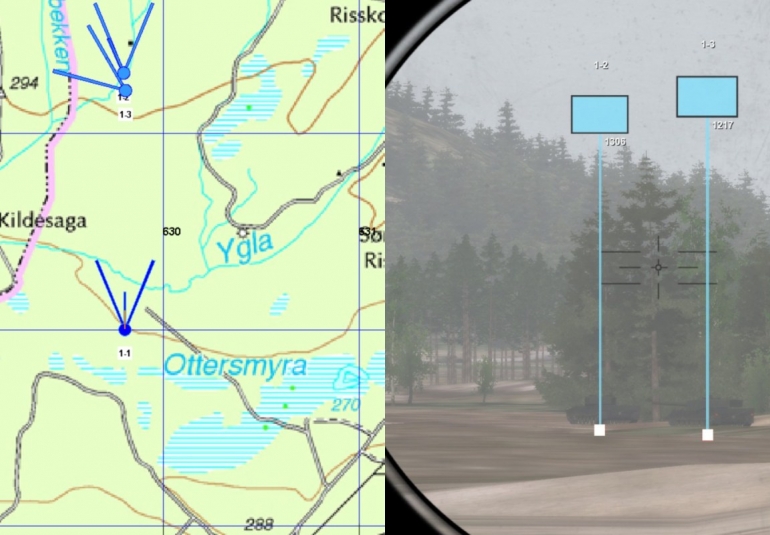 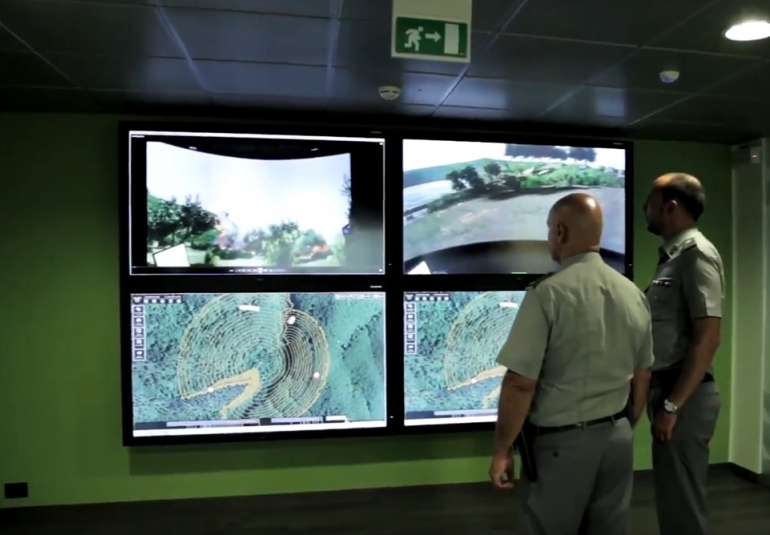 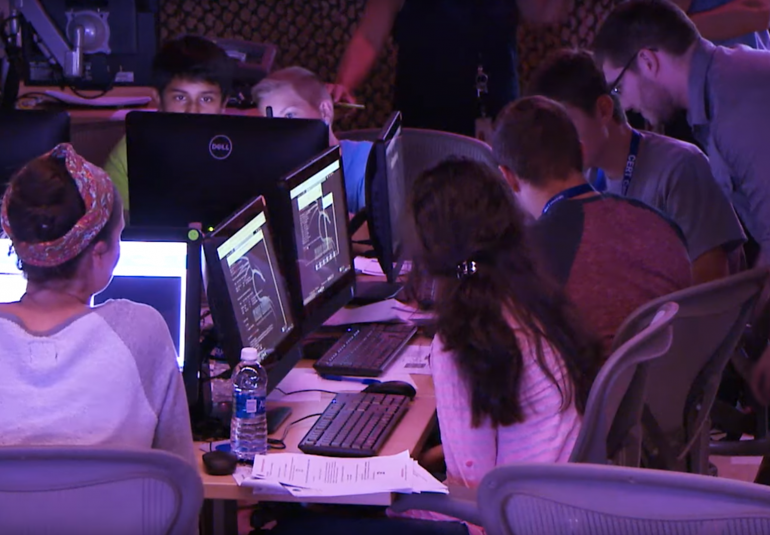 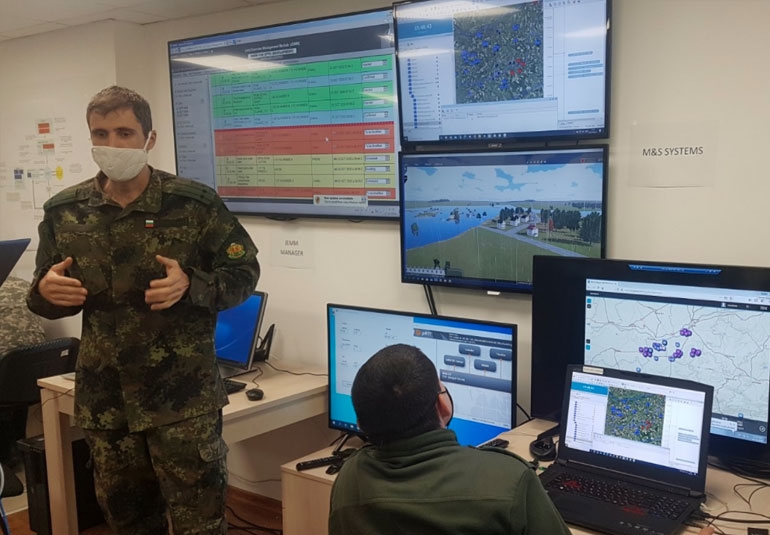