When the British Army called on NSC to help those controlling surveillance assets in Afghanistan to hit the ground running, the training, simulation and consultancy specialist was quick to recruit Virtual Battlespace (VBS) as an ally.

The flexibility of Virtual Battlespace and NSC’s expertise in its utilisation has enabled us to deliver effective, value-for-money mission-specific training.

Integrated into NSC’s custom-built Base ISTAR [intelligence, surveillance, target acquisition and reconnaissance] emulation, which replicates the hi-tech equipment found in and around UK headquarters overseas, the software enables exercising personnel to immerse themselves in synthetic scenarios relayed from a wide range of sensor types.

Whether used to generate real-time, full-motion video and radar from a forward operating base or remotely-piloted air systems circling overhead, Virtual Battlespace’s richly detailed terrains contribute to an authentic training environment in which troops can conduct detailed ground reconnaissance, track time-sensitive targets and monitor a population’s pattern of life.

Since being initially employed in 2010, the simulation has been used as a key component of command, staff and tactical training exercises for six brigades deploying to Afghanistan. To add further realism, NSC has also integrated the Ministry of Defence’s operating software with the VBS-based ISTAR environment to allow students to train in a virtual scenario using real equipment.

Chris Williams, Head of Simulation at NSC, said the technology was helping the British Army make best use of a system originally introduced into service as an urgent operational requirement.

“The flexibility of Virtual Battlespace and NSC’s expertise in its utilisation has enabled us to deliver effective, value-for-money mission-specific training,” he added. “The Heavy and Medium Base ISTAR emulations offer a high degree of realism and the training opportunities they provide are not subject to the same constraints as a conventional exercise.

“Headquarters staff can interact with the whole spectrum of assets and capabilities under their command and control in theatre without the significant challenges and expense of deploying real aircraft, troops and civilians.

“Feeds from large UAVs, which cannot be flown in UK airspace, can be included in the training and event scenarios that are not possible to rehearse in a live situation such as large explosions.

“Furthermore, the ability to alter variables, including the number of soldiers on the ground, the behaviour of enemy forces and general pattern of life, allows for scenarios with thousands of humanoid entities.” 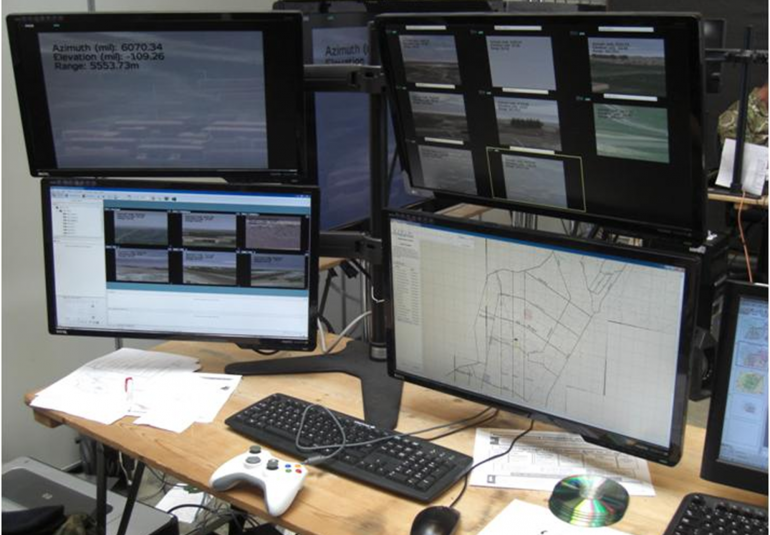 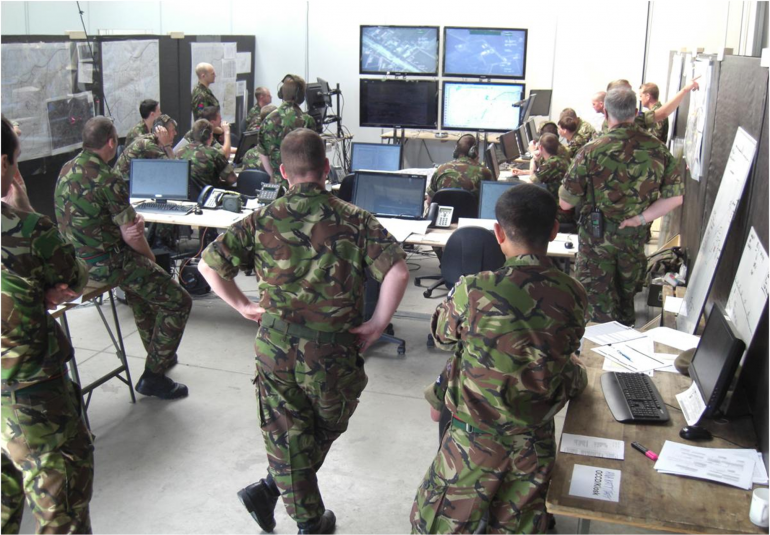 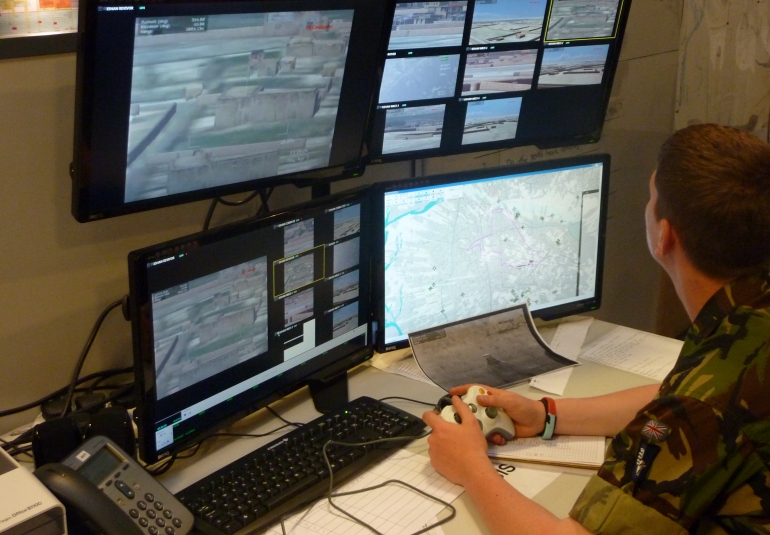 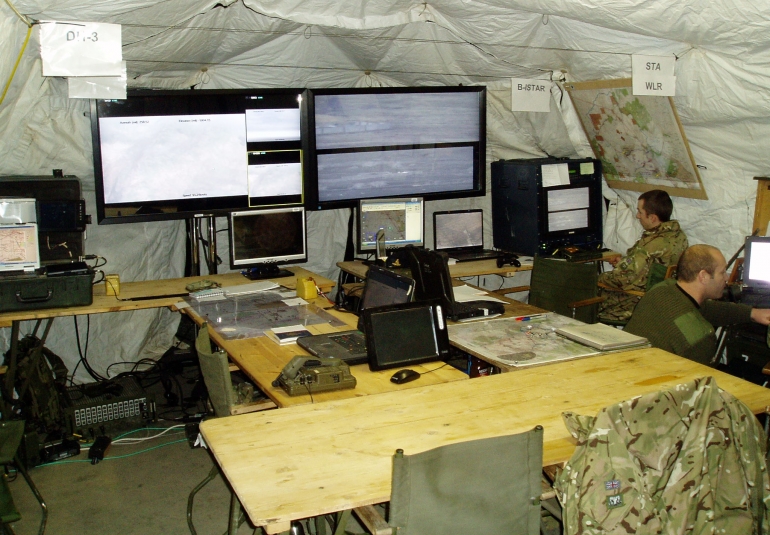 The British Army is actively engaged in operational duties across the globe. The work they do ranges from peacekeeping to providing humanitarian aid, from enforcing anti-terrorism measures to helping combat the international drugs trade. 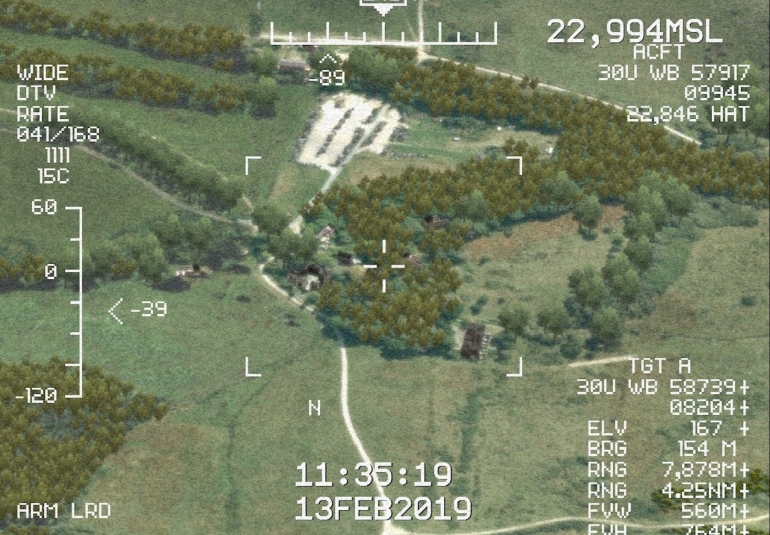 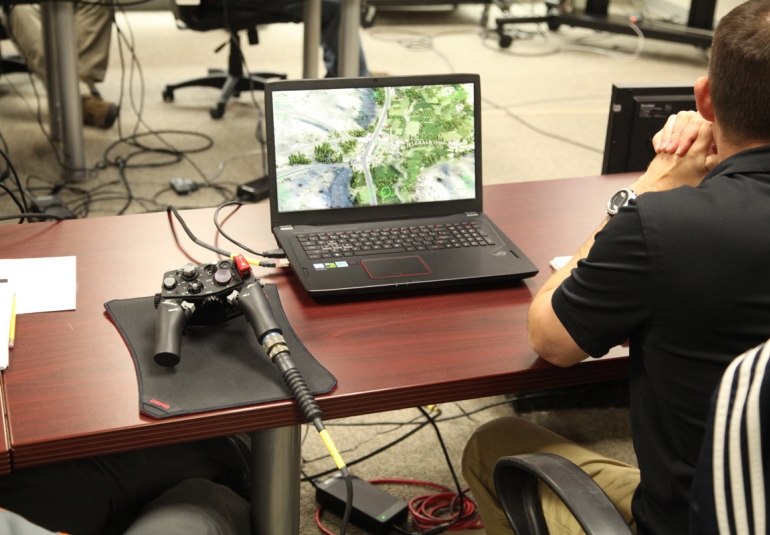