Pointman is a seated user interface for dismounted infantry simulation. It applies a low-cost head tracker, gamepad, and sliding foot pedals to extend the range and precision of avatar control in desktop simulators, to better represent what infantrymen can do. Pointman was developed by the Immersive Simulation Section at the U.S. Naval Research Laboratory (NRL) to support the use of simulation for U.S. Marine Corps infantry training. Bohemia Interactive Simulations worked closely with NRL to fully integrate Pointman with VBS3.

We were looking for something that Marines could use quickly and learn to use the first time.

According to Jim Templeman, who designed the interface at NRL, Pointman’s head-hands-feet system evolved from full-body tracking systems, which would have been too big and expensive for practically training 13-man Marine infantry squads.

“We were looking for something that Marines could use quickly and learn to use the first time. If you have to strap on devices or calibrate head-mounted displays that takes more time. So, we tried to carry over as many features as we could from the full-body tracking systems into Pointman,” Templeman said. “Head tracking was key. We realized if we used the desktop display we got 90 percent of the movements needed. It was really important to do ‘pie-ing’ movements around corners.”

Pointman engages the user's body to control corresponding segments of the avatar's body. Using a Natural Point TrackIR 5 head tracker, the user moves his head and upper body to control looking and aiming, as well as leaning to duck and peek around cover. He uses the hand-held Sony DualShock gamepad to operate virtual weapons and direct tactical movement, and the foot-driven CH ProPedals for stepping and controlling his avatar's postural height. The additional input from the head and feet offloads the hands from having to control the entire avatar and allows for a more natural assignment of control. Together, the three input devices offer twelve independent channels of control over the avatar's posture.

DSC Inc.’s Patricia Denbrook, who works with Templeman to develop Pointman, noted that the interface was closely integrated with VBS3.

“We didn’t want the interface to limit what people could do in the virtual environment,” Denbrook said. “We worked hard to integrate Pointman closely to support the whole of VBS—we didn’t want to say because Pointman is for dismounted training you can’t mount a vehicle, swim or climb. And, because of the way the VBSFusion plug-in is designed, our interface doesn’t use animations but instead is capable of controlling all the joints in the user’s avatar, so users have direct, continuous control over the avatar’s posture.”

The detailed articulation of the user's avatar also is visible to all other networked users. Pointman-enhanced VBS3 supports the operation of a wide range of small arms and player mobility states, including climbing, swimming, and mounted roles (driver, passenger and gunner) using the full complement of manned vehicles.

The work to integrate Pointman was a driving force in Bohemia Interactive Simulations extending the VBSFusion interface so that similar applications can also tightly integrate with the VBS3 game engine. VBSFusion now allows developers to write their own solutions to directly control the motion of a human avatar within a VBS3 simulation. At the same time, they can still rely on correct network transmission and recording of the modified character in AAR, improving AAR itself.

Templeman and Denbrook noted that the next stage of advancing the Pointman user interface in VBS3 will involve tracking the user’s arms and facial expressions to enhance non-verbal communications, such as the use of hand and arm signals during missions, and to support the training of cultural interaction skills alongside warfighting skills. 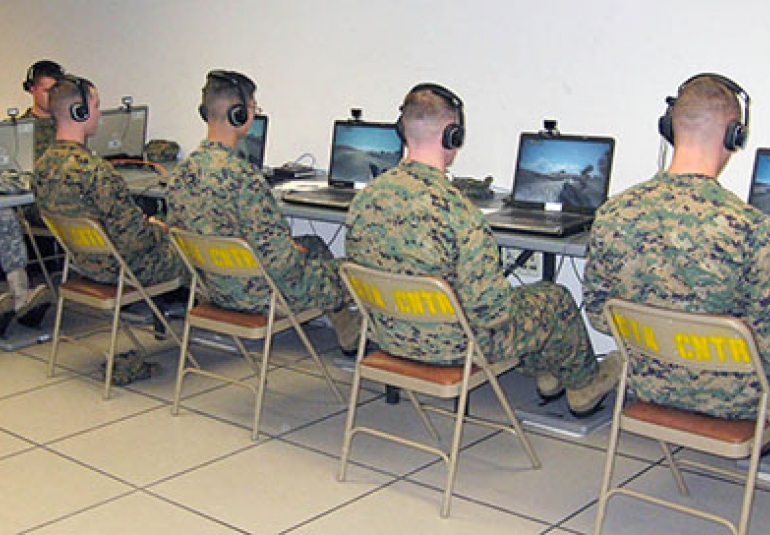 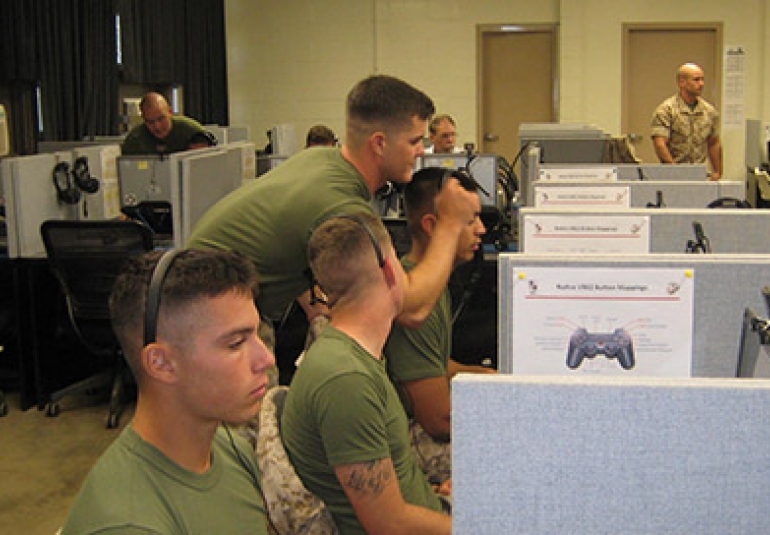 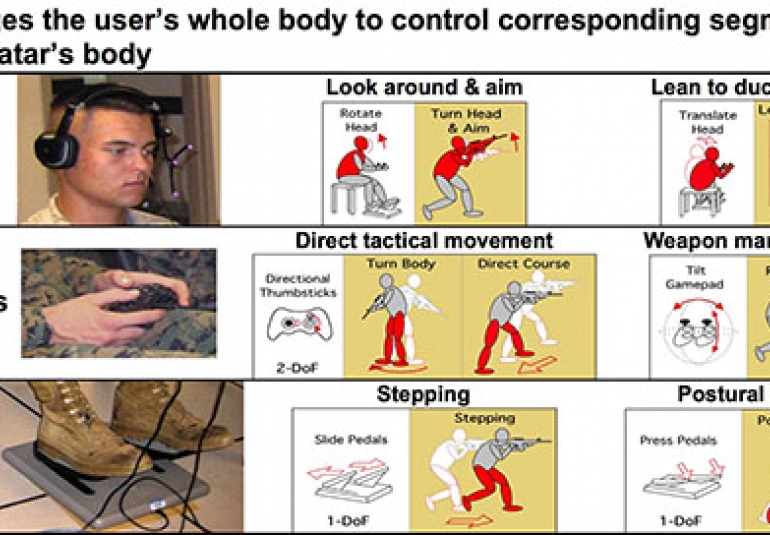 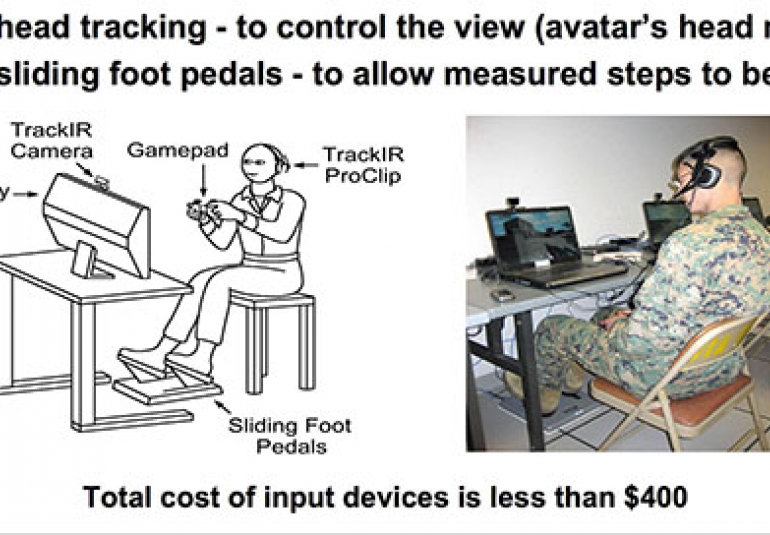 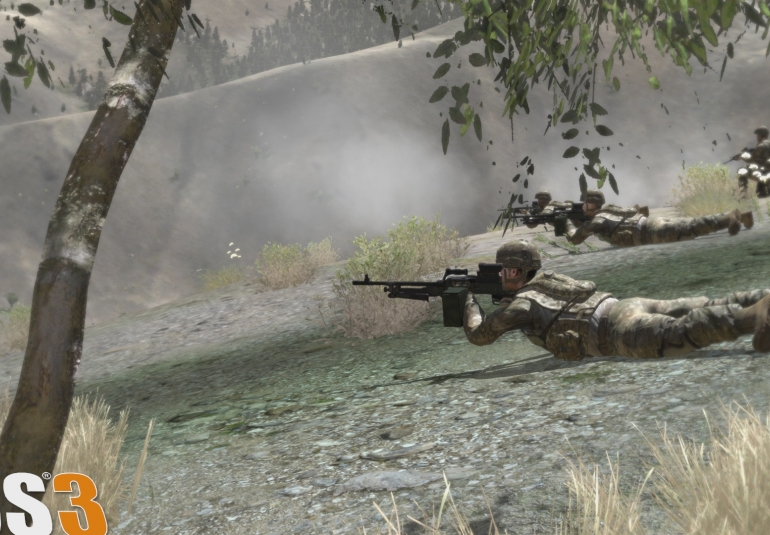 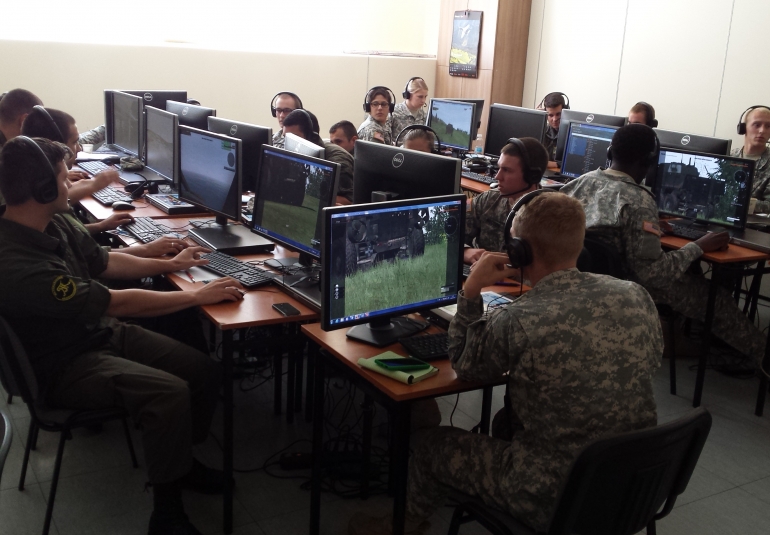 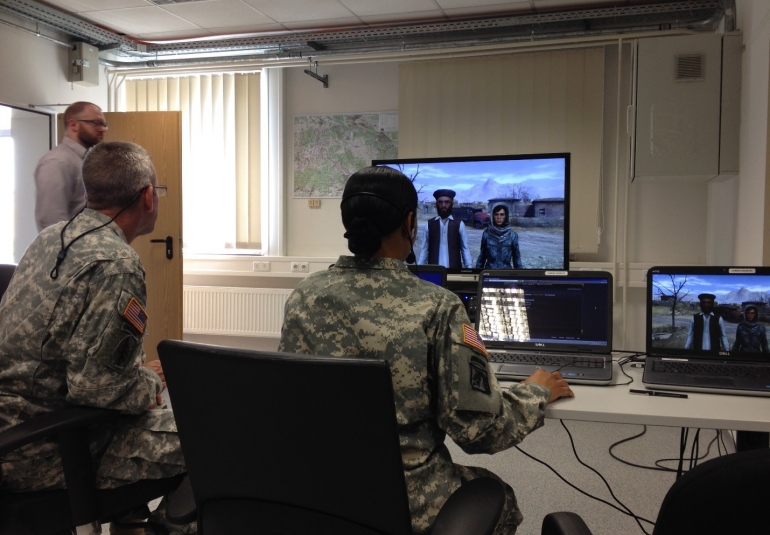