Using their flagship product TerraTools, TerraSim (a BISim company) developed a 3D terrain based on the town of Bystrzyca Kłodzka, located in the southwest region of Poland, for use in VBS Blue IG as a terrain inset in the whole-earth image generator and the terrain was recently added to the VBS3 baseline.

BISim talked with William Starmer, TerraSim’s Director, Database Engineering, about the terrain and how TerraTools was used to develop it.

BISim: Why did TerraSim decide to use this area for terrain building?

William: Terrain production started in the early days of VBS Blue IG development. We picked the town because we needed a terrain for a specific JTAC use case in eastern Europe. The terrain is centered on a valley and has slight ridges that provide good JTAC vantage points. While this terrain was built with a specific use case in mind, it includes a range of terrain features that allow for a diverse set of training scenarios.

BISim: How big is the terrain?

William: This is a 30km by 30km high-detail terrain inset. But one of the advantages of VBS Blue IG is that this inset is set in a full representation of the globe. This allows the terrain to be used for ground operations with a full range of air assets to support the mission, from small UAVs up to fast jets.

BISim: What data was used to develop the terrain?

William: The terrain was built from a mix of satellite imagery, DEM, and OpenStreetMap data. Certain focus areas were augmented with VBS model content, including a range of models used in the Chernarus terrain [a fictional post-Soviet coastal terrain originally created for Bohemia Interactive’s Arma and Dayz games, now available for training use in the VBS3 Bundle].

BISim: So, does the terrain use the satellite imagery directly? 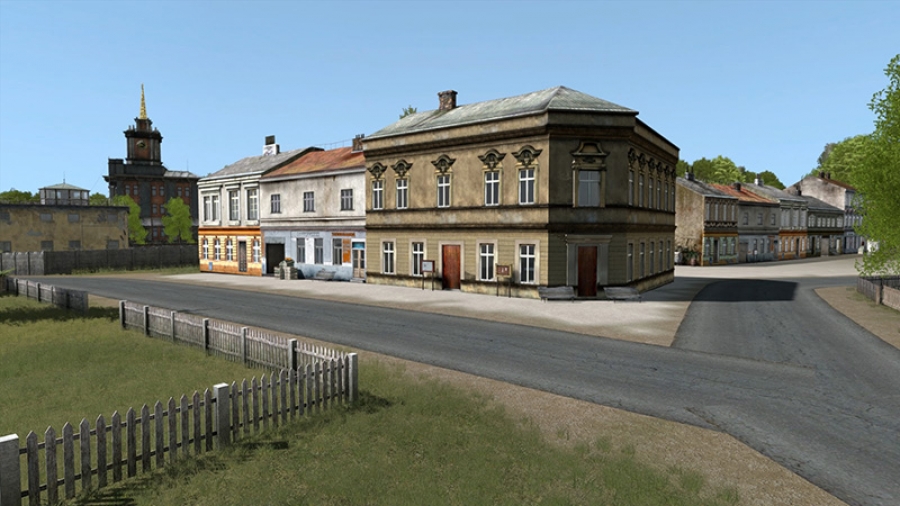 William: The terrain doesn’t have the satellite imagery directly on the terrain surface in VBS Blue IG or VBS3. We used TerraSim’s MaterialMAP product to classify the satellite imagery into different surface material types, grass, forest, water features, urban areas, etc. VBS Blue IG has a biome system that takes those surface material definitions and procedurally generates the virtual representation including surface appearance, ground clutter, and vegetation. At the global level, you see forest and land cover types, but as you get close to the terrain you start to see details of different types of crops, boundaries and tree lines. We were then able to take those results and bring them back into VBS3 as synthetic satellite imagery.

BISim: What were the advantages of using TerraTools for this project?

William: Using TerraTools makes it easy to take the same source, develop the 3D terrain, and export it to different terrain formats. VBS Blue IG has its own rendering system and a different coordinate system from VBS3. TerraTools helps control the data to ensure they are tightly correlated.

If someone wants to use VBS Blue IG for a UAV training application and they already have missions and training scenarios in VBS3, they can use that to drive VBS Blue IG to represent entities between the systems. The Poland terrain has also been exported via TerraTools to other non-BISim applications including Battlespace Simulations’ MACE and MASA Sword. 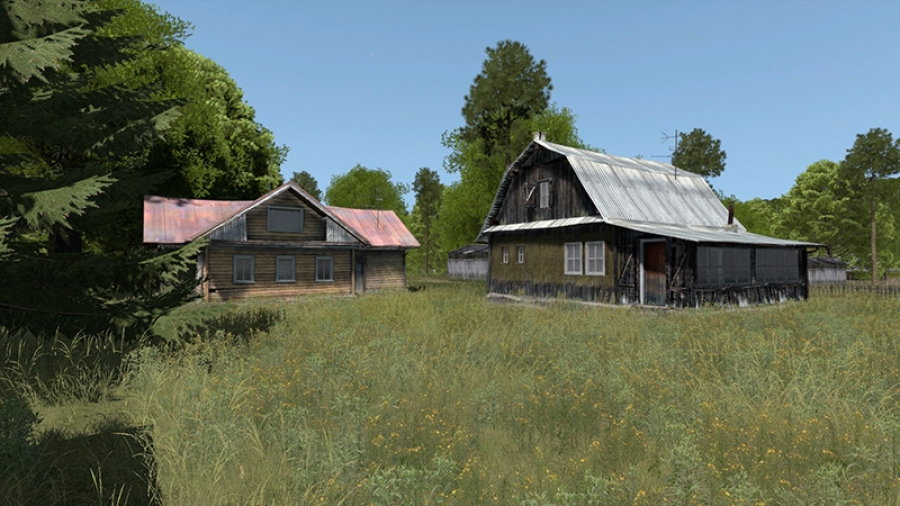 William: We just developed a new terrain inset, that is included in VBS Blue IG v19.1, of the Hohenfels Training Area and the nearby town of Rohrbach, Bavaria. This terrain was developed as part of prototyping done for the U.S. Army’s Synthetic Training Environment. The terrain covers a 20x20km area and includes elevation, surface mask, geo-typical imagery, custom water, roads, bridges, buildings, and several MOUT sites.

TerraSim offers TerraTools software and training as well as professional services to develop custom terrains for export to VBS3, VBS Blue IG and a wide range of other runtimes. Contact TerraSim at [email protected] for more information.

TerraTools, the industry-leading terrain generation software from TerraSim, is used to rapidly develop high-fidelity, geo-specific virtual environments for defense simulation, training, and experimentation. TerraTools automatically processes geospatial data and 3D model content to quickly create highly accurate, virtual environments that can be exported for use in visual, constructive, and serious game runtime applications. TerraTools supports a wider variety of data inputs and a larger number of terrain formats than any other software.