Bohemia Interactive Simulations (BISim) is a global software company at the forefront of simulation training solutions for defense and civilian organizations. We use the latest game-based technology and a large, experienced in-house team of engineers to develop high-fidelity, cost-effective training and simulation software products and components for defense applications.

Employees across offices in the U.S., UK, Czech Republic, Germany, Poland, and Australia

Our mission is to harness the explosive potential of technology to revolutionize training and simulation.

We believe if we live by these values, success will naturally follow.

We have a common strategy and set of values.

When we come across an issue, we fix it for the short and long term. We are open to change and value continuous improvement.

Everyone takes responsibility to make sure nothing ‘falls through the gaps.’ We are action and conclusion oriented.

Place to be Proud of

We believe achievement is the route to a satisfying job. We strive to be goal and deadline oriented but also a satisfying and fun place to work environment.

We treat others as we expect to be treated. We communicate our feedback in a concise, supportive and empathetic manner.

We challenge each other to perform better and expect high quality in everything we do.

As an organization, we are decisive. We always look for compromise and the best outcome for the company based on the available facts.

Striving to be disruptive in both our technical innovation and business

Fostering an active user community around our technology to share ideas, feedback and the cost of software development

Fun and relaxed isn’t the opposite of goal and deadline oriented — we strive to be both. Our company offers staff more than just cash and benefits — we offer a good work environment, a lot of feedback, mentoring, and training. 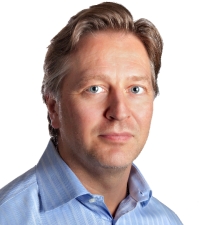 Arthur joined Bohemia Interactive Simulations in 2013. He acts as the final decision maker on all non-Board matters, interfacing with Riverside (BISim’s majority owner), and setting overall strategy and operational direction. Arthur is passionate about maximizing the use of VBS, TerraSim products and BISim’s newly launched VBS Blue IG product. Arthur is proud of BISim’s ability to deliver to our customers innovative and highly cost-effective simulation software solutions for their complex training use cases. He obsessively works to support a company culture which creates an exciting and positive place for all staff to work and which lives up to BISim’s “innovation, disruption, humility” DNA.

Arthur has deep experience in growing entrepreneurial companies and over the past 15 years has been either senior executive or board member in a number of highly successful entrepreneurial enterprises in the media and technology fields. Prior to his first entrepreneurial venture, Arthur worked for McKinsey & Company, the world’s premier consulting firm, and for Price Waterhouse. Arthur has an MBA with distinction from INSEAD France, and a first class mathematics degree from Durham University. 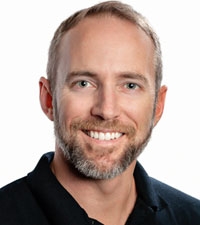 Pete (along with Dr. Mark Dzulko) founded BISim in 2007 and Pete worked for the company as CEO until 2013. Pete is now BISim’s Chief Commercial Officer (CCO).

As CCO, Pete is responsible for coordinating Product Management, Marketing and Sales to drive business growth. He focuses on strategic customer relationships and representing the voice of the customer in strategic discussions. Pete is an evangelist for the use of game technologies and other COTS-type products and software in the simulation & training industry and believes that VBS and our other products are at the forefront of this movement.

Before BISim, Pete studied Computer Science and Management at the Australian Defence Force Academy and graduated with first class honors in 2001. Pete had previously graduated from the Royal Military College, Duntroon, into the Royal Australian Signals Corp. He served as a Signals Corp Officer for several years, specializing in military simulation, and his final posting was to the Australian Defence Simulation Office (ADSO) as a Project Officer. 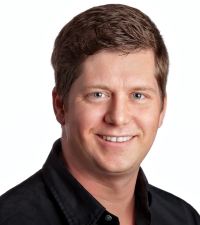 Mark joined BISim in 2006 as Lead Programmer and grew the technical team from a small startup size to over 100 developers. In 2017, Mark handed over the responsibility for the technical department and product development to the Senior Director of Development Otakar Nieder to focus on the strategic technical vision of BISim, working closely with the CCO and CPO to balance technical and customer-facing visions.

Before Mark joined Bohemia Interactive Australia in 2006, he served in the German military for thirteen years, where he studied Electrical Engineering and received his Ph.D. in the field of Applied Plasma Physics. During his time in the Bundeswehr, Mark recognized the potential of computer game-based training systems and developed a number of tools for Operation Flashpoint and VBS1. 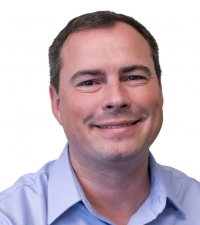 Cory joined BISim in 2016 and is responsible for BISim’s global product portfolio and strategy in addition to leading sales for Asia. His responsibilities include increasing customer adoption, customer-driven roadmap definition along with technology partner collaboration.

Prior to BISim, Cory spent five years as Worldwide Director of M&S of Havok (a commercial video game technology business) where he established and ran a new military & simulation division with responsibility for adapting game-based technologies to the needs of the simulation community. By 2015, the M&S business grew to over 30 percent of the global company business. Prior to Havok, Cory was VP of Product Management & Marketing of MASA Group helping productize the company’s artificial intelligence technology, which resulted in substantial global growth. From 2002-2009, he held several related successful product management roles with Biographic, Engenuity & Presagis for COTs (commercial off the shelf) technologies. Cory’s work spans several industries including entertainment, aerospace, and defense, and he has contributed to a variety of technology awards and patents. Cory is an alumnus of Concordia University having studied computer science and is a certified Product Management & Marketing Professional.

Stephen joined Bohemia Interactive Simulations as Chief Financial Officer in 2015. He oversees the Group’s global financial operations with responsibilities including financial planning, reporting, treasury and tax. Stephen is a senior multinational CFO with over 20 years’ experience building and leading cross-border finance teams, supporting high-growth companies in the technology and telecoms industries. Prior to joining BISim, Stephen has been the CFO at companies addressing markets ranging from identity management to digital TV, and telecommunications to building energy analysis. Before joining his first technology company, Stephen worked for PriceWaterhouseCoopers in Santiago and London, where he qualified as a Chartered Accountant with the Institute of Chartered Accountants in England and Wales. Stephen holds a BSc in mathematics from the University of St. Andrews. 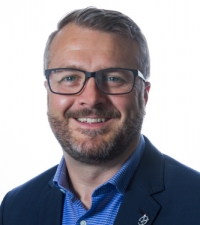 Ryan spent the first five years of his career as an in-house lawyer for two of Britain’s leading television production companies. Since moving to Australia in early 2003, he has worked both in private legal practice and as in-house counsel, broadening his areas of practice to encompass work in software, technology and new media licensing and exploitation, and honing his existing commercial and IP-related skills and knowledge. 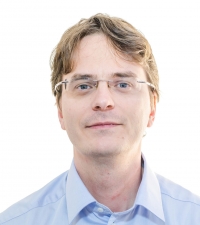 Otakar is the head of development of the BISim Group and is responsible for delivering the technical solutions to all customer and internally funded development projects within BISim. Otakar leads a highly professional group of over 150 technical staff who successfully deliver on challenging tasks to tight deadlines.

Otakar joined BISim in 2009 after seven years of working in engineering positions in video games companies. Before entering into management, he worked for several years as Senior Engineer in BISim, which gives him sound background in understanding the underlying technologies of BISim products. 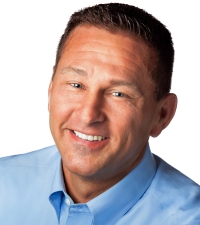 Advisor to Board, Military

Advisor to Board, Military

After active service in the U.S. military, followed by many years working directly for military defense companies focused on simulation and strategy, John founded Bohemia Interactive Simulations Inc., based in Orlando, Florida in March 2010. John served as President from 2010 to 2019. John’s new role as Advisor to the Board (Military) is to ensure the BISim Group serves U.S. and other militaries through a deep understanding of use cases for BISim technology. John maintains a specific focus on U.S. Army, USMC, SOCOM, Central and South America and other U.S. agencies.

John serves on the Board of Directors for the National Center for Simulation. In 2018, Military Simulation & Training magazine recognized John with their Pioneer Award for “outstanding and significant technical and social leadership.” 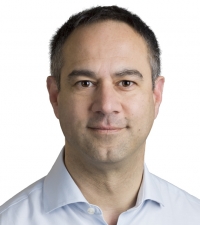 Rusmat joined BISim in 2014 and leads all sales and business development activities in Europe, the Middle East and Africa. He brings a wealth of business experience in defence, for projects for armies and air forces, and in both civil and military training and simulation.

Following a military flying career, Rusmat worked for Racal and Thales in business development, strategy, and bid and project management roles. He ran business units in civil and military avionics, and was project or operations director on successful, large multi-company projects. Moving increasingly to customer-facing roles, he was a sales director at L-3 before joining BISim. The common thread through all of Rusmat’s customer-facing activities has been to bring innovation and clearer benefits to customers’ global solution needs. Rusmat has an MBA from INSEAD France, and a degree in economics from the University of York. 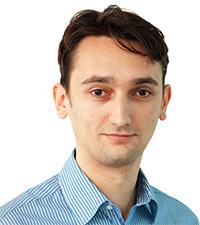 Oliver is product manager for VBS3 and all desktop training software in Bohemia Interactive Simulations as well as being a director of the UK office.

Prior to establishing the UK office of BISim in 2011, Oliver worked at QinetiQ for seven years in several roles, starting his career as a developer working on vehicle crew system software, before becoming a systems administrator and simulation engineer for QinetiQ and Boeing Defence UK. Oliver then became the lead COTS (Commercial off-the-shelf) simulation engineer for QinetiQ working on delivering training to MOD customers using VBS2 and other tools. Oliver’s work with VBS2 ranged from the delivery of in-service training systems, to the development of CCDs (Capability Concept Demonstrators). These CCDs showed the use of VBS2 and other COTS products to deliver training traditionally delivered by high-cost bespoke systems. A constant component of Oliver’s roles was research and development, taking new software and hardware techniques and assessing their suitability in training solutions.

As a result of this work, Oliver was seconded to Niteworks (a UK government research and decision support agency) to work as the Technical Lead on several of the MOD’s training transformation programs which looked at filling training needs using modern COTS-based technology. 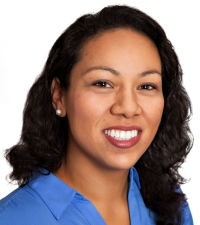 Eva serves as Senior Vice President of Global Programs with responsibility for the Global Program Management Office and the overall successful execution of programs for Bohemia Interactive Simulations worldwide. Her areas of responsibility include both customer funded projects and Internal Research and Development (IRAD) projects.

Eva joined Bohemia Interactive Simulations, Inc. in 2013 after a successful career with Northrop Grumman where she was instrumental in the development of the United States Air Force Distributed Mission Operations capability, the US Army AH-64A Combat Mission Simulator Upgrade, as well as serving in a variety of leadership roles. Eva has a bachelor’s degree in Biomedical Engineering from Boston University, a master’s degree in Engineering Management from the University of Central Florida, is a certified Project Management Professional, and has an extensive background in Lean Six Sigma and Agile Project Management. 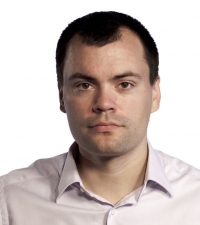 Earl began his career with BISim in 2004 in Australia, where he worked as a 2D and 3D Artist on VBS1 and soon became Lead Artist for VBS2. When BISim moved to Prague, CZ he followed and transitioned to Project Director and helped lead development projects for VBS2 and VBS3. Most recently, Earl has moved from Prague to Pittsburgh to take on a new role as Technical Director at TerraSim, Inc., a BISim-owned company.

His work in managing and improving the VBS development tools has provided him with significant experience in terrain generation and 3D modeling. His addition to the TerraSim team is the first step towards a tighter integration between TerraSim and BISim products, which will provide an improved experience for BISim and TerraSim customers alike.