The United Kingdom’s Ministry of Defence commissioned a new class of destroyers, the Type 45, to replace its Type 42 destroyers, which had served the Royal Navy since 1978. The first Type 45 began sea trials in 2006 and its first commission in 2009. The Royal Navy needed a way to have sailors walk around the ship to familiarize themselves with the layout and learn the locations of emergency equipment, without losing valuable sea time. So, the Navy sought virtual training options for preparing sailors for service on these new ships.

The model produced now provides the Royal Navy with the opportunity to exploit the virtual ship not only for elements of individual training but also sub-team and team training using the multi-player environment.

The Royal Navy Future Training Unit proposed a virtual training solution to acclimate sailors to this new ship. The Royal Navy had previously commissioned a virtual model of a submarine to familiarize submariners with the layout of the ship. However, that submarine model only allowed trainees to walk around it — they could not interact with the sub’s equipment.

In 2009, the first Type 45 christened HMS Daring was put into action and 5 more Type 45s followed.

Because the Ministry of Defence already used VBS for training, the Future Training Unit requested in 2012 that Bohemia Interactive Simulations build a model of the Type 45 that would not only allow sailors to walk around the ship and become familiar with the ship’s design, but also allow them to train on essential procedures.

BISim created the Type 45 model with functioning doors, lights, davits and guns, as well as some functioning equipment on the ship’s bridge. The Navy wanted to train sailors on Standard Operating Procedures such as launching the Rigid Hull Inflatable Boats. If deployed incorrectly, these highly valuable seaboats could be damaged. Training using the virtual simulation following the same SOP reduces the risk of damage and improves safety. This interactive ship model also allows trainees to practice the process of deploying a Merlin helicopter out of the hangar and getting the fully flyable helicopter model off the ship. BISim developed new technology for displaying a plan view map of the ship that allows a trainer or administrator to follow players’ avatars as they move around the ship.

Safety is a top concern for naval operations, the creation of a virtual model of the Type 45 in VBS allows the Royal Navy to raise competence levels in a variety of challenging environmental and/or high risk conditions such as training in poor weather conditions or at night that would be risky in the real-world, before operating live.

The Royal Navy's Lieutenant Commander Simon Coles, the Officer-in-Charge at the Future Training Unit, said that, "The model produced now provides the Royal Navy with the opportunity to exploit the virtual ship not only for elements of individual training but also sub-team and team training using the multi-player environment.  The ‘safe to fail’ and after-action review benefits of the model provide the Royal Navy real value to what can be achieved in training prior to live operations."

BISim had developed maritime capabilities in VBS, but never on a scale this large. Rendering a 300-compartment ship presented new challenges within VBS. The ship’s complexity and sheer size meant that there were millions of polygons in the model, requiring the design team to lift the cap on what the game engine allowed. BISim designers also encountered new issues such as walking below the waterline inside the ship. Avatars initially drowned because the game engine had not been designed to allow personnel inside a craft under the waterline. Designers responded by modifying the game engine to allow for this functionality.

The potential uses are many and varied. For example, the virtual ship could be used for rehearsing entry to a new harbor, allowing the whole bridge team to work together to determine the risks and develop solutions well ahead of the actual event. Similarly, tactics and plans of action for unusual or difficult situations, such as defence against small boat attacks in confined waters, could be explored and refined. 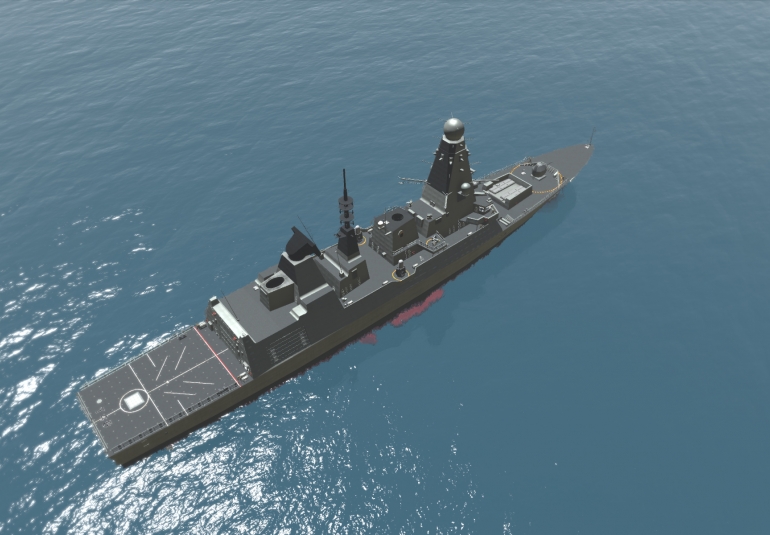 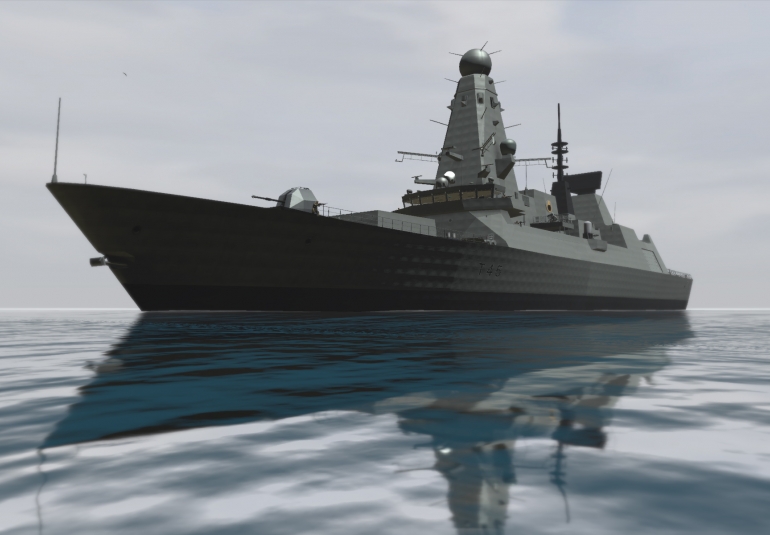 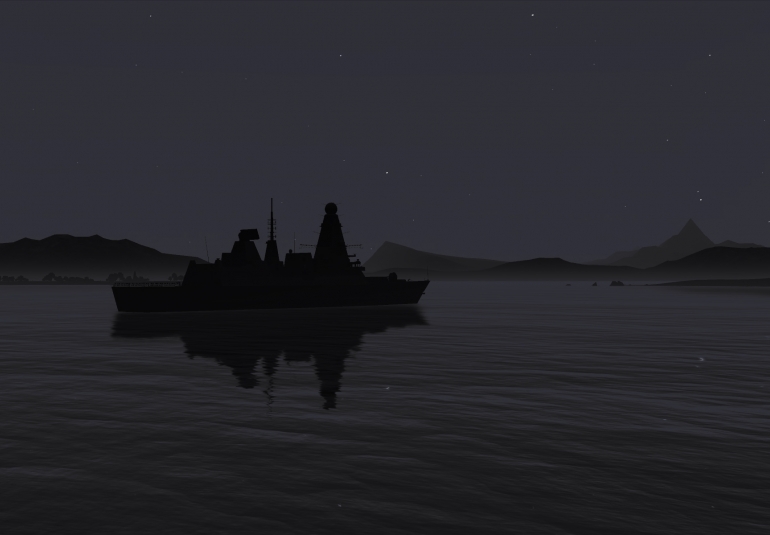 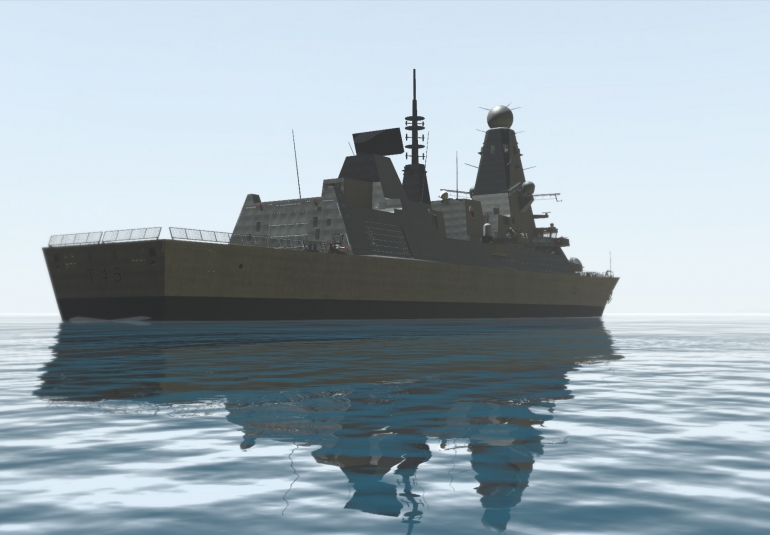 The Royal Navy is made up of five arms. The might of ships in the Surface Fleet, the aerial strength that is the Fleet Air Arm, the covert Submarine Service, the elite and amphibious Royal Marines, and the civilian fleet central to our effectiveness, the Royal Fleet Auxiliary. 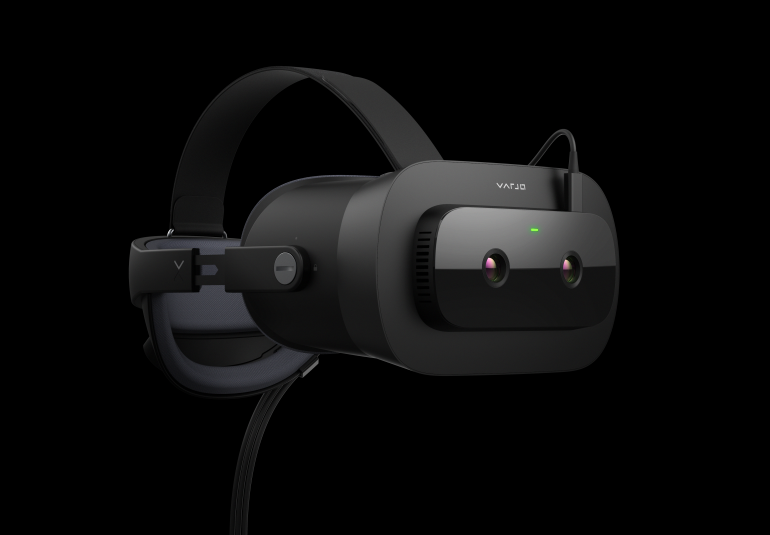 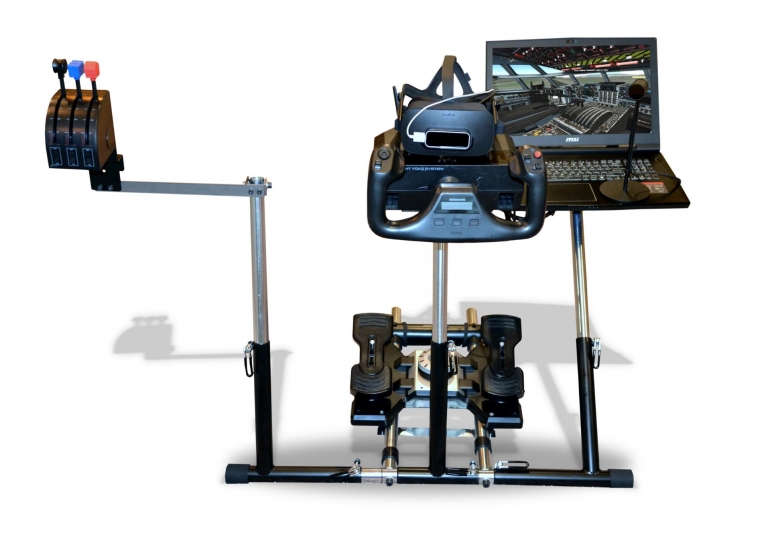 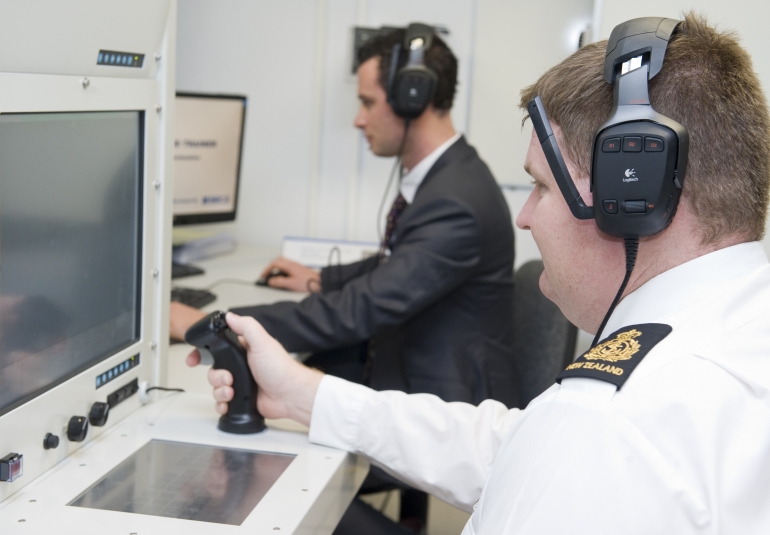