VBS3 v18.3 was recently released with a massive update of high-quality 3D content and advanced capabilities. We spoke with BISim’s Director of Art Mark Lacey about the range of new content included in the latest update.

BISim: What are some of the new models in VBS3 v18.3 that you’re most excited for customers to see and use for training?

Mark: With so much new content in 18.3 it is hard to pick a favorite. We are adding some of the best models we have ever produced, of some really interesting equipment. Some highlights of the new content include the Husky Tactical Support Vehicle, M1163 Growler, British Army Virtus soldier equipment, Australian Multicam Camouflage Uniform, and the T-15 Armata. Introduced by the British Army to support their operations in Afghanistan, the Husky has become quite popular with the troops. We hope they will like the VBS model as much as the real thing!

BISim: What is the universal component system (UCS)? 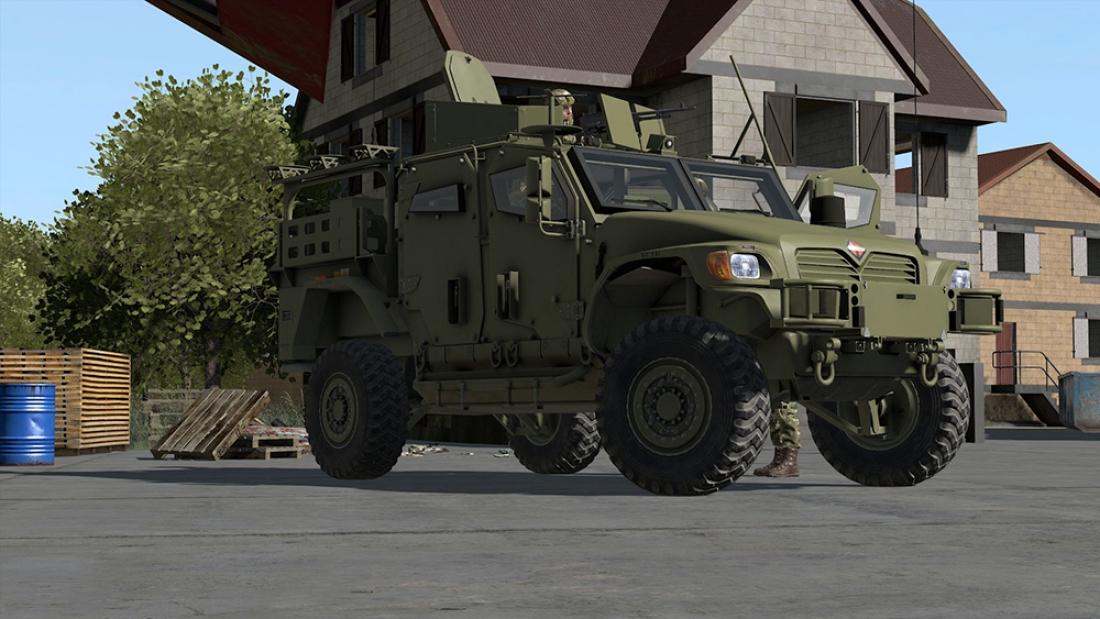 Mark: The UCS was designed to build in-game models out of component parts rather than a predefined model. Currently, it is supported on both characters and weapons (so our examples will focus around that). Previously, if we had to make an M4 with a PEQ-15 laser and an ACOG, we would have to make a unique model. Now, we can build each item as an individual model on its own. We build the PEQ-15 on its own and the ACOG on its own. You can preconfigure setups or join these items together in any compatible combination at runtime. As we build our library of weapons and equipment, you can build more combinations of those things.

From a development point of view, it means we need to maintain a lot fewer models. So instead of having 50-60 models duplicating the rifle and its attachments over and over, we just have one model of each item. This has the advantage that we’re reducing both the number of models and the file size of those models. This means that the build is smaller and maintenance is quicker and easier. The UCS provides a big advantage when you want to extend your characters. A lot of militaries are bringing in new, modular armor. With the UCS, you just have to add that new item to the UCS, and it is now able to be equipped on any compatible soldier. This has the added advantage that instead of every soldier looking identical, you can customize arrangements of pouches and equipment, and even change items like boots and knee pads.

The latest round of UK, Australian multicam, and new Russian infantry models all use the UCS and all newly commissioned models will be UCS compatible.

Mark: We developed the Salisbury Plain Training Area for the UK MoD. This is a large map and is very nearly 80km by 80km. This matches the main UK training area the British Army uses for all kinds of combined arms training. The key features of the terrain are the villages of Copehill Down and Imber. Imber was an actual village people lived in up until WWII. After the war the army kept hold of it. Copehill Down was built in the 1980s to represent a typical German village to train what the British call FIBUA - Fighting In Built Up Areas. The village has been constantly modified to represent current operations, and now includes a large shanty town area, created by the use of reconfigurable containers.

The art team at BISim has recreated every building in Copehill Down and Imber brick for brick. That includes all doors windows, breach holes, sniper holes, and ladders. It’s accurate to the centimeter and is one of the highest fidelity terrains in terms of visual quality and accuracy for VBS3. This is not included in the baseline build by default, but any customer can request it.

BISim: There’s a lot of hiring going on at BISim. Are there openings on the art team?

At the moment, it is very exciting for the art team. We are developing a new rendering engine and image generator, so we are looking for people looking to break new ground and invent new methods. We are upgrading our art pipelines, the tools we use, and the methods of using them. The latest generations of VBS content are really aimed at pushing in to the AAA sphere in terms of quality and detail. [Editor's note: Find open art positions at BISim here.]

The M1163 Growler is a new vehicle, designed for the USMC, to be transportable in their V-22 tiltrotors. In VBS, we have both the Light Strike and Prime Mover variants, as well as the M327 Mortar. 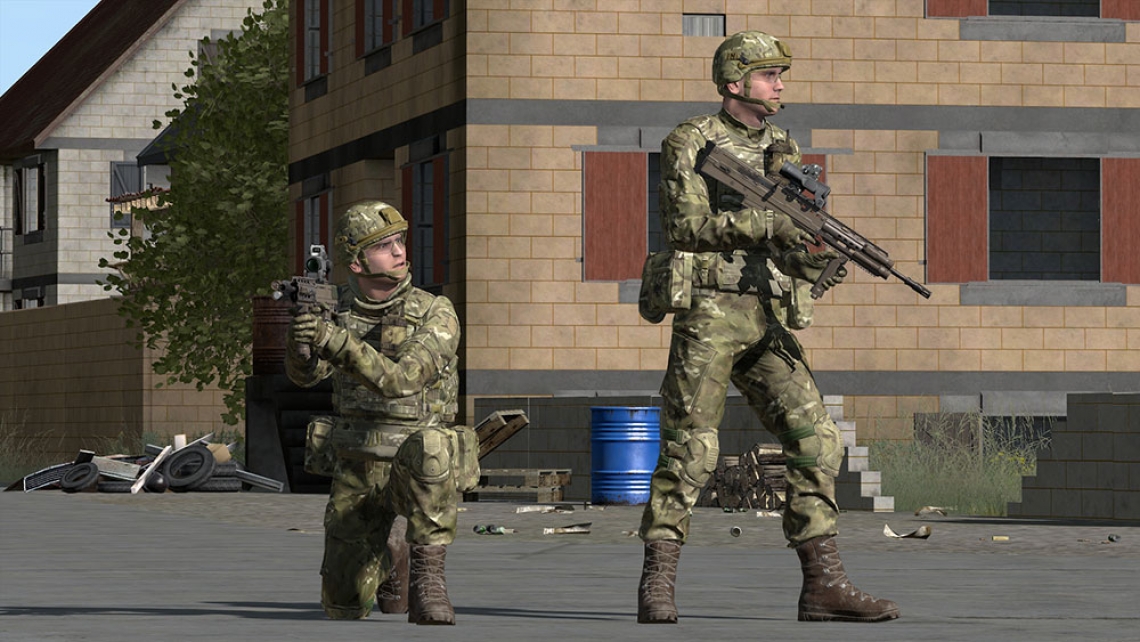 The British Army is currently updating their soldier equipment to the new “Virtus” system. This comprises a system of modular body armor, load-carrying equipment, and helmets. VBS now features all fielded versions of the Virtus equipment, providing multiple levels of protection for its wearers. 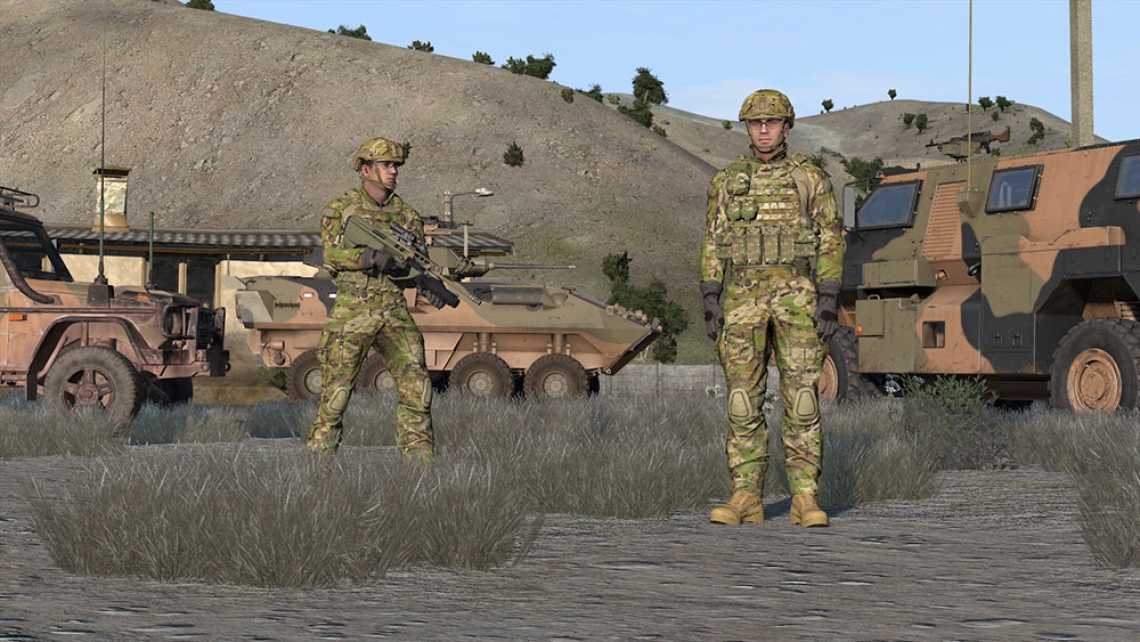 The Australian Defence Force is also updating their soldier equipment to the new Australian Multicam Camouflage Uniform. Much like the British Virtus system, the AMCU system comprises of a new uniform, as well as number of different levels of body armor, and load carrying equipment. 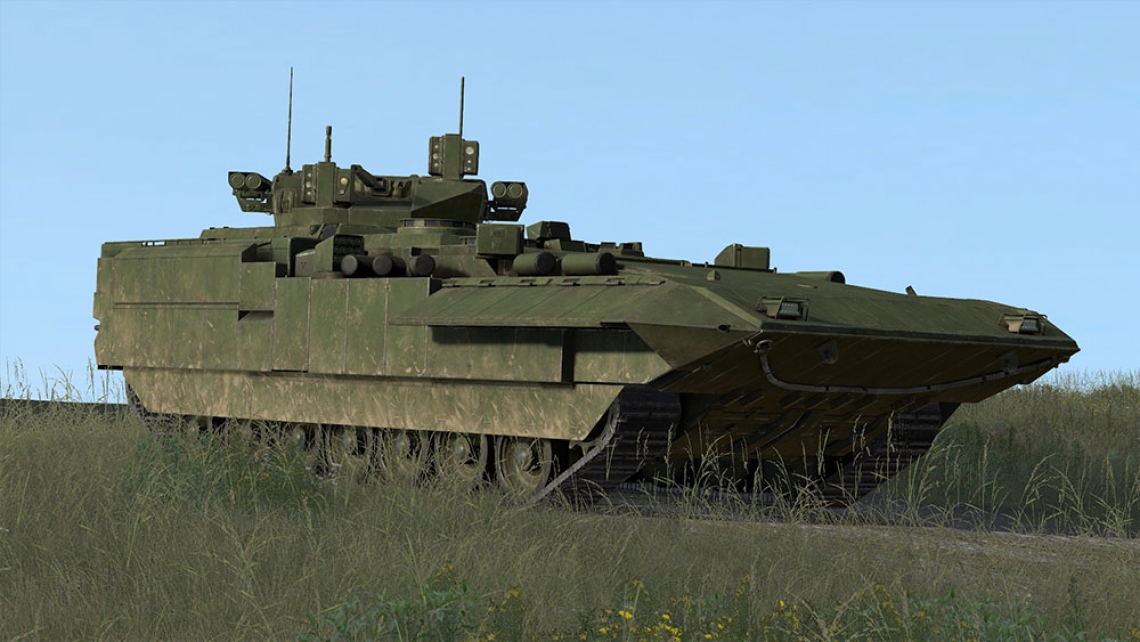 The T-15 Armata is the Heavy Infantry Fighting Vehicle variant of the Armata family. Part of Russia’s ongoing efforts at modernising their armed forces, the Armata family represents a significant threat on the battlefield. It is important for VBS to have a representative contemporary OPFOR for our customers to train against, and the Armata will form a significant part of that.