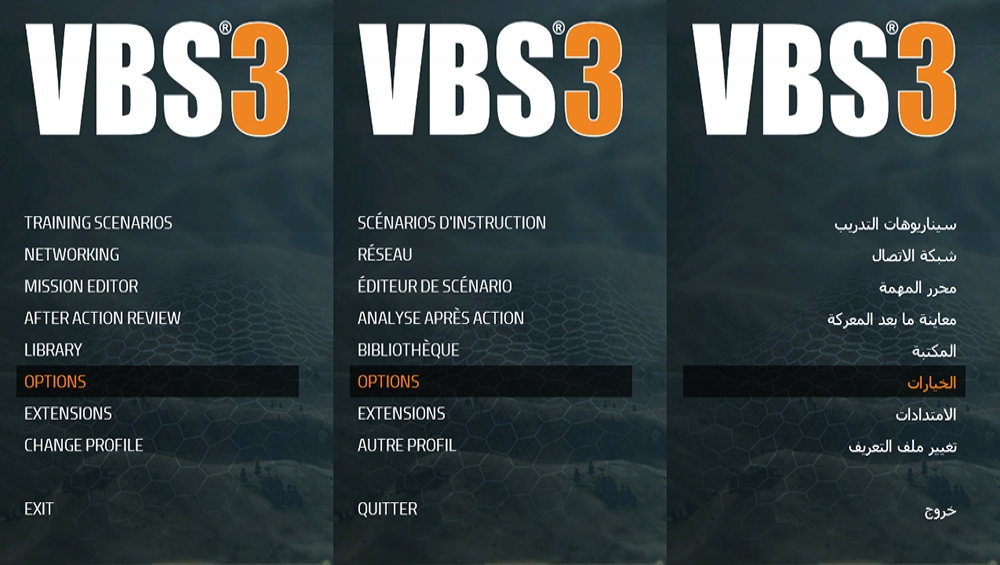 BISim now has an Arabic language version of its user interface available in VBS3 v3.8.1 and will provide that translation as part of 3.9. Currently, the VBS3 UI is available in English and French.