Andrew: This is a project aimed at developing features in VBS3 for training forward observation teams in Sweden, both mounted and dismounted teams of soldiers. We’ve modeled the EOI (the Swedish acronym for Forward Observer Instrument) tripod within VBS3 as a piece of virtual equipment, so players interact with it as they would with the real target viewer. We also worked to integrate PC Dart, the software used by the Swedish Armed Forces to send information to artillery for call-for-fire requests. So we have simulated equipment in VBS that is sending information to real life equipment. That talks to VBS3 Fires FST and tells Fires FST artillery where to fire in the virtual environment.

This follows work we did last year to develop an advanced laser range finder capability for the Epbv, a version of the CV9040 used by mounted FO teams.

Andrew: This is very similar to work we did for the U.S. Marine Corps called Green Gear, where we integrated real equipment and software used by forward observers with VBS3. Like Green Gear, the work for Sweden will not go into the baseline, but it’s another example of BISim integrating VBS3 for use with real-world applications.

BISim: The development team has also been working on enhancing features in the CV9040, Sweden’s main infantry fighting vehicle. Tell me more. 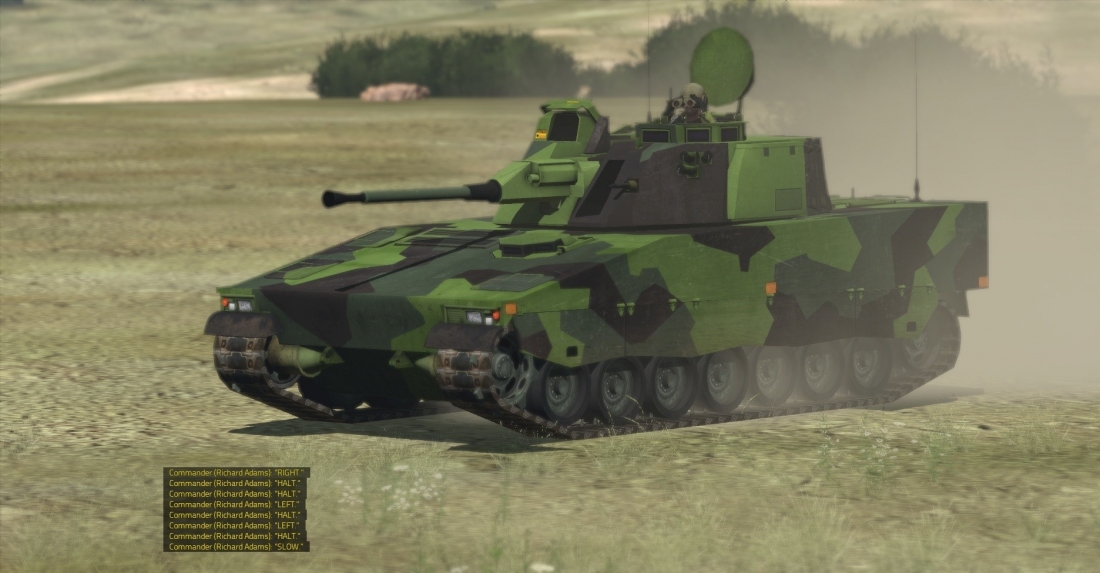 Andrew: We are nearing completion of several different enhancements for CV9040 training. I compare what we are doing to flight simulation. We are building a part-task trainer for the CV9040 with a level of fidelity usually required for flight sims, where every button, every switch is faithfully represented. In the CV9040 in VBS3 for Sweden, you can look around the tank interior and learn all the correct gunnery procedures for the CV9040. In parallel, we are also making a similar part-task trainer for Swedish vehicles using the Kongsberg Protector RWS.

This is really what separates a simulator from a video game. We’re building the tank to a level of fidelity that would be frustrating to a casual gamer, who just wants to blow stuff up. You need to know the procedures to power on the turret and calibrate it.

We developed an HTML-based user interface that represents the panels in the vehicle. These will be touch-enabled so the Swedish can use them on touchscreens.

This internal functionality was only half of the project. We’ve updated the ammunition simulation, so that air pressure and air temperature affects the trajectory of shots. We’ve modeled damage simulation more accurately, to show trainees what systems got damaged by a round penetrating the tank.  We added functionality to the AAR that gives trainees a special report on their targeting performance and we’ve done hardware integration with the real-world control handle replicas the Swedes use from AFV Sim. We are also working on an HTML-based Instructor Operator Station. This runs outside of VBS3 and gives administrators a customizable dashboard they can use to monitor trainee status, such as checking their ammo state or streaming live video from their PCs.

BISim: What’s the takeaway from working on these efforts? 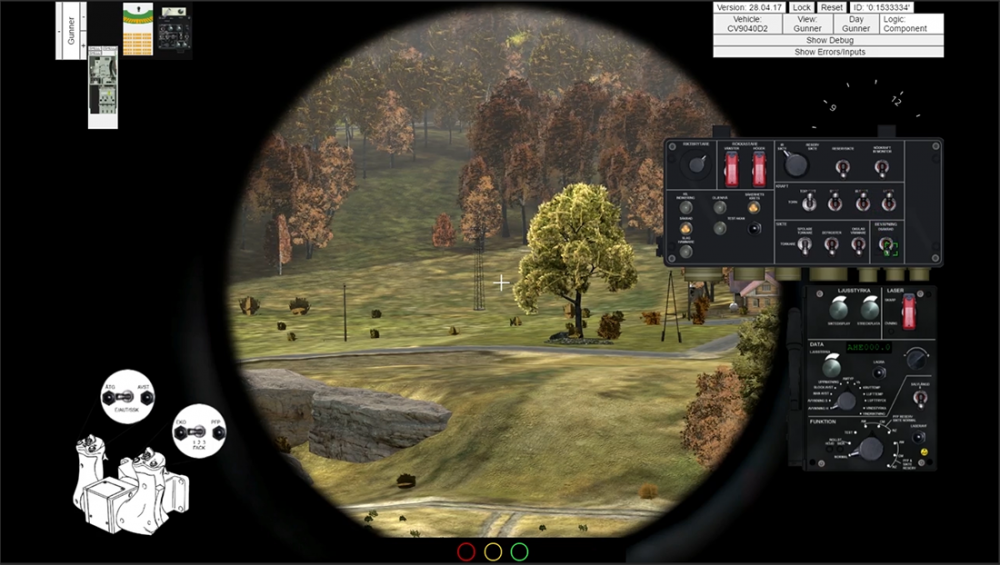 Andrew: While this work was specific to the FMV and won’t go in the baseline, it’s another example of the kind of complex simulation work that BISim developers are capable of accomplishing. This project also used our Gears modular framework, which allows us to make this useful not just for VBS3, but future versions of VBS and, with a little work, could be used in Unity and the Unreal game engines.

The other takeaway is this: If you’re looking to build a tank or other vehicle in VBS3 to a high degree of fidelity -- it could be a T-72, a Challenger, an Abrams -- BISim can produce the same high level of detail for any tank in the world.

The 2D touch-enabled control environment is a very powerful tool that gives us a new and unique opportunity to model and simulate, to the tiniest detail, any control panel or other internal system of any vehicle, ship or aircraft. This way we can enable any kind of high fidelity procedural training.