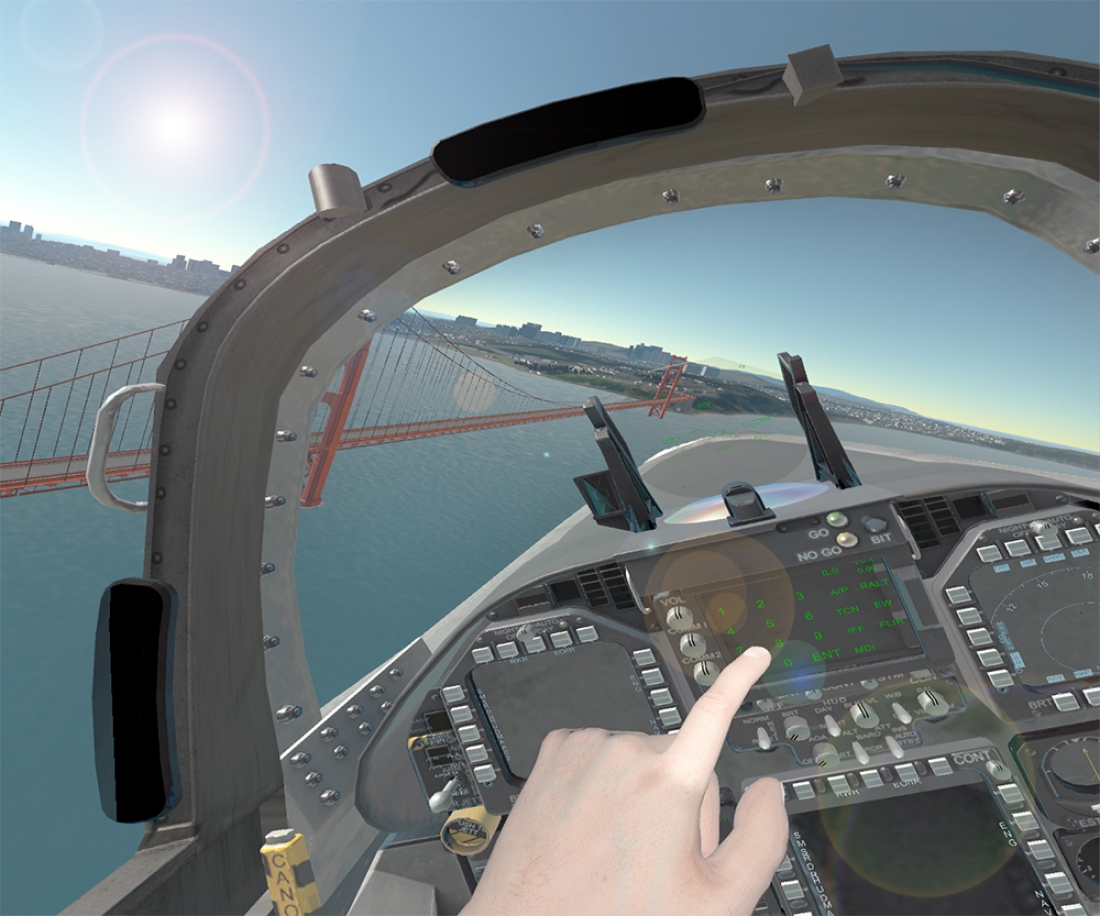 Where today’s high-end flight simulators rely on physical cockpits and expensive display environments that include domes and collimated displays, emerging training systems will benefit from the availability of low-cost helmet-mounted displays and new motion sensing technologies.

With a synthetic environment generated by VBS Blue, the VR flight simulator will combine the D-BOX Motion-Cueing System and a Vesaro simulator with the Oculus Rift CV1 to provide a highly immersive training environment. An integrated Leap Motion sensor will enable users to freely interact with a highly detailed virtual crewstation that simulates the job performance environment. The avionics, weapon systems and flight models of an F-18 will be simulated by the Flex-Air application from SA Simulations.

“VBS Blue enables virtual training anywhere in the world,” said BISim’s Co-CEO, Peter Morrison. “Over the past 18 months we have developed a high-performance, whole-earth rendering engine that is compatible with VBS3 content. We are especially proud of its data import capability which enabled us to build an accurate model of San Francisco from open data in a matter of days without the need for traditional database modeling.”

To enhance immersion and offer appropriate kinesthetic cues, the flight simulation has been integrated with the D-BOX Motion-Cueing system. 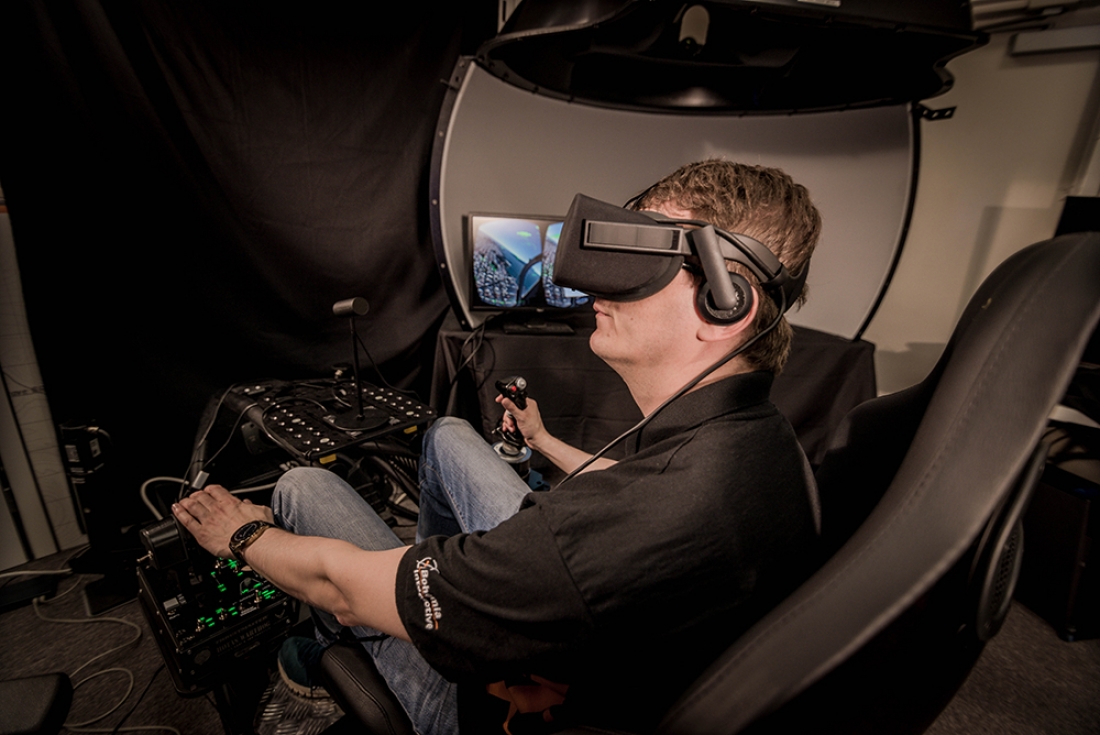 “Virtual reality promises to deliver compact deployable training solutions,” said Claude Mc Master, President and Chief Executive Officer of D-BOX Technologies Inc. “Our mission is to support motion cueing to increase immersion and minimize discomfort for users. We believe that with the association of the true-to-life visuals from BISim and realistic motion cueing from D-BOX delivered in a portable, deployable solution will go far to meet training needs.”

Visitors to BISim’s booth at ITEC 2016 in London and Sea-Air-Space in Washington DC will be able to fly the simulator over a re-creation of San Francisco in VBS Blue.

D-BOX designs, manufactures and commercializes cutting-edge motion systems for the entertainment and industrial markets. D-BOX uses state-of-the-art technology to create an entirely unique and immersive experience by perfectly synchronizing the action on screen with movements integrated into a seat or platform. As an industry leader, their cutting-edge technology is used in the film industry, video gaming, theme parks and virtual reality applications. D-BOX also plays an integral role in heavy equipment, automotive, flight and racing simulation training systems and medical therapies around the world.
D-BOX®, D-BOX Motion Code®, LIVE THE ACTION®, MOTION ARCHITECTS® and MOVE THE WORLD® are trademarks of D-BOX Technologies Inc. Other names are for informational purposes only and may be trademarks of their respective owners.
PrevNext
Press Releases