Farnborough, UK — Bohemia Interactive Simulations, a global developer of advanced military simulation and training software, was selected by Military Simulation and Training (MS&T) Magazine as the 2020 winner in the category of Outstanding VR/AR/MR Application for its work on the British Army’s Virtual Reality in Land Training (VRLT) pilot study. 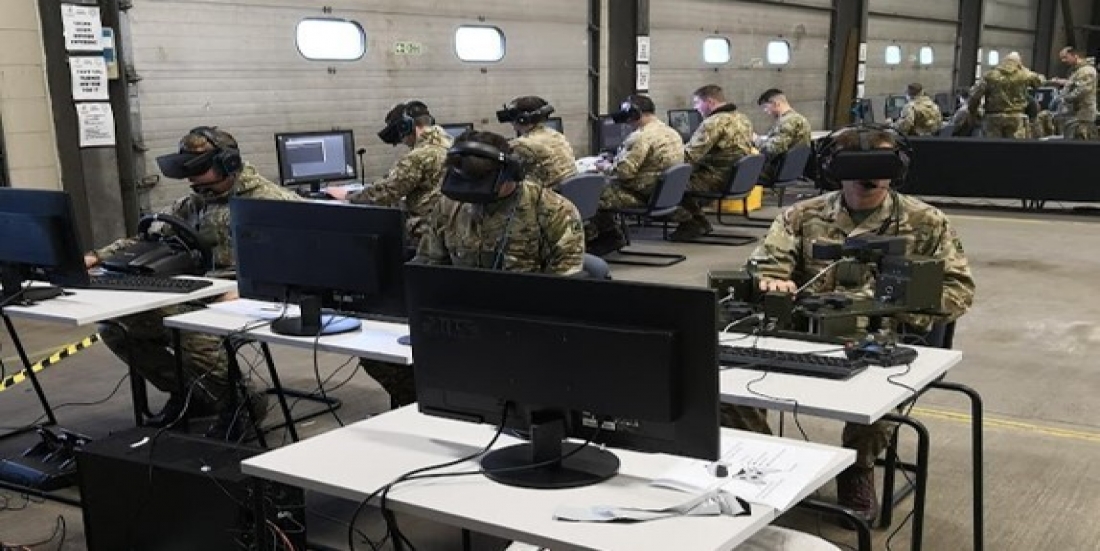 BISim delivered a series of three training events between January and April 2019 for the UK MOD’s VRLT pilot study demonstrating VR and mixed reality (MR) capabilities using BISim products. The training events used VBS3, BISim’s flagship desktop training software. The first sprint was delivered within six weeks of the contract award. Moreover, the scale of VR use was unprecedented in terms of the number of users in VR, up to 36 players on the same network.

A series of 26 separate products, services and software development innovations were delivered over the course of the pilot study including a high-fidelity 3D model of the Warrior IFV for VR, an automated system for monitoring individual performance, high-resolution VR headsets, and the use of mixed reality to allow users to take notes and annotate maps during exercises or display battlespace management applications without breaking immersion.

“We’re honoured to be recognised by the military simulation industry for our work on VRLT and contribution to the British Army’s Collective Training Transformation Programme (CTTP),” said Rusty Orwin, BISim’s Head of Sales UK and Ireland and BISim’s VRLT Project Director. “We look forward to finding more innovative ways that virtual reality and mixed reality can add value to the British Army’s training capabilities.”

Taking the data generated from VBS3 during the training events, BISim worked with Cervus Defence and Security Limited (Cervus) using its Hive engine to illustrate the potential benefits of data capture and machine learning-driven analytics for military training.

The pilot study demonstrated that VR can be deployed to the point of need with the ability to inject complexity and new configurations. It also revealed that VR can be used effectively for collective training as it provides a more immersive environment than traditional 2D displays. VR use also offers greater flexibility and cost-efficiency compared with larger fixed simulator systems, according to the VRLT Final Report.

Building on the success of VRLT, the British Army is currently conducting VRLT2 to help inform CTTP, where BISim is currently the technology partner with NSC serving as the prime and training delivery partner. VRLT2 is an 18-month training programme and will run until July 2021.