ORLANDO, Fla. (USA) - The latest major software release of VBS4 from Bohemia Interactive Simulations (BISim) is available for customers to start training right now. VBS4 is an easy-to-use, whole-earth virtual and constructive simulation and can also function as a simulation host. From today, customers can download VBS4 22.1 via the BISim Customer Portal.

As the industry’s most versatile and powerful desktop training and simulation platform, VBS4 is used by military trainers for hundreds of training use cases. VBS4 is a comprehensive, powerful, yet easy-to-use virtual training software application for combined land, air and sea collective training, mission rehearsal and experimentation. VBS4 22.1 includes general improvements in performance and user experience as well as some new features:

Improved snow representation for any location of your choice on the planet, allowing independent control of snow cover on terrain and trees. The new functionality also allows users to control to what extent roads in the environment are plowed. 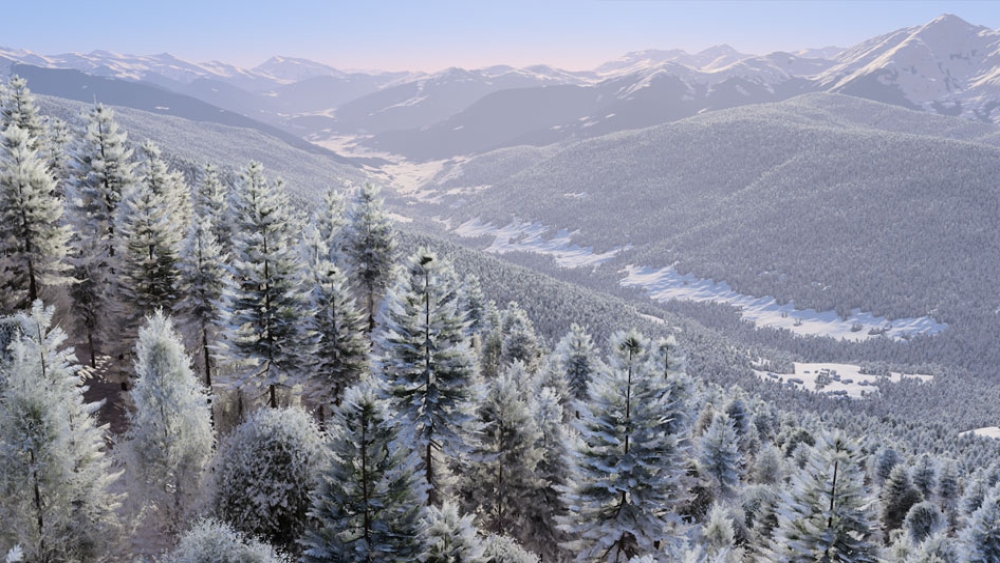 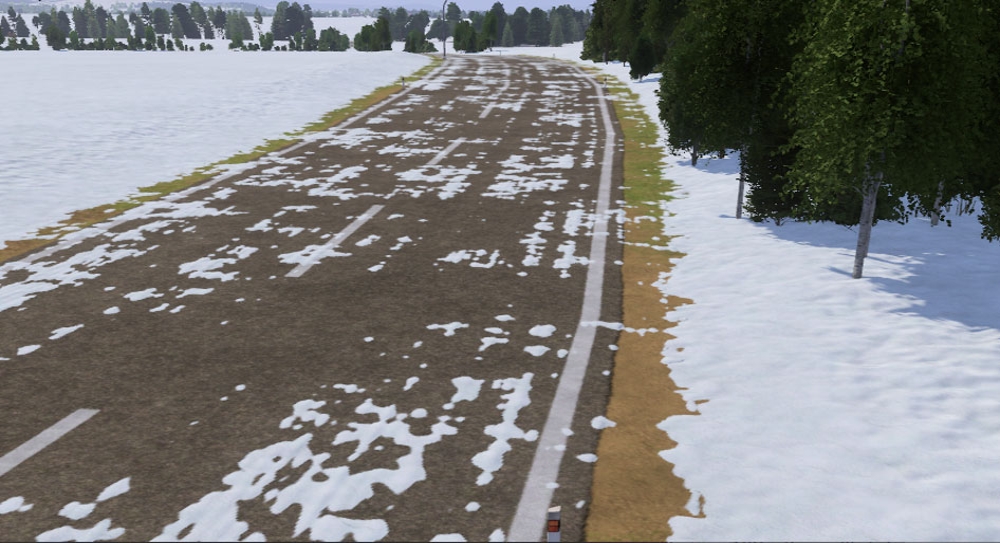 Control extent of plowing on roads 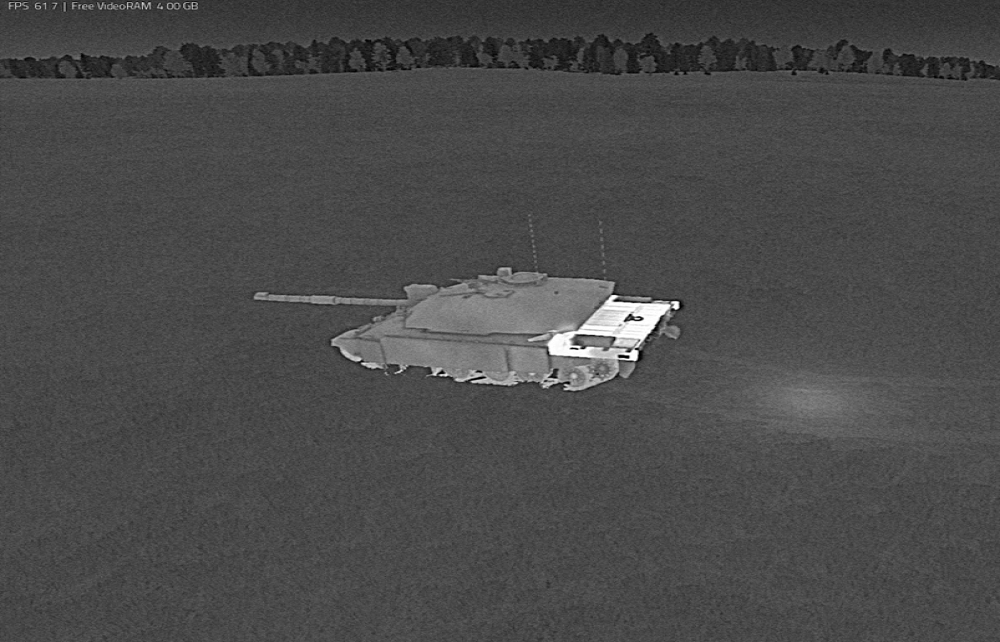 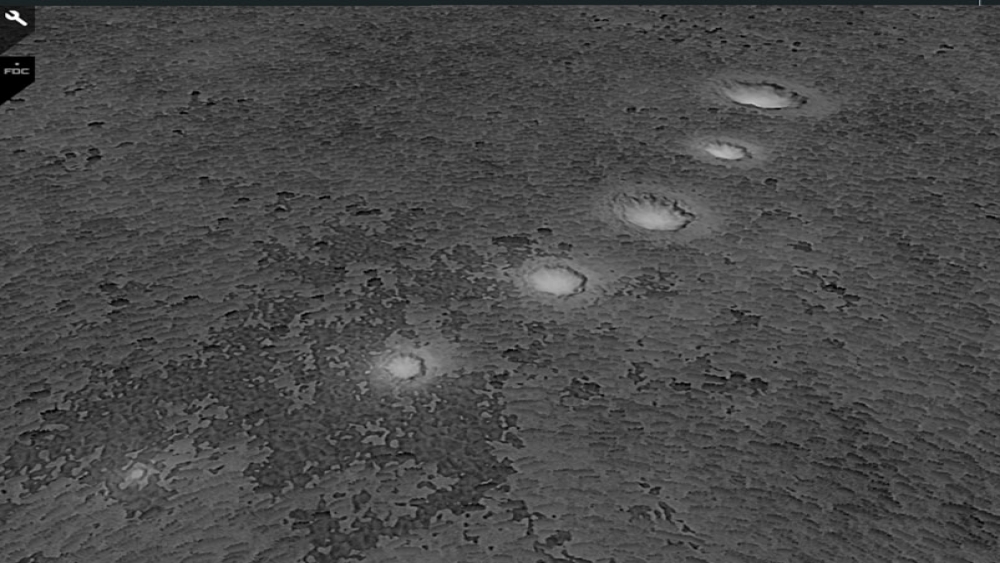 Heat generated from explosions in craters

VBS CAS provides a simulated Air Operations Center (AOC) for VBS4, accessible via the VBS Plan interface, to set up and enable Close Air Support training. It enables units to practice the correct procedures and event sequences when requesting and executing Close Air Support with fixed and rotary wing aircraft. Additionally, in combination with VBS Call For Fire (CFF), trainees will have the capability to practice Joint Fires. VBS CAS adds fully deterministic and configurable flight models with ability to use all fixed wing and rotary wing platforms in VBS4’s massive content library. VBS CAS also includes the ability to create volumetric control measures such as no-fire and no-fly zones, with automated event reporting if these are breached.

With the new VBS CAS and its easy-to-use VBS Plan interface that VBS4 users are very familiar with, many users will achieve a wide range of Close Air Support training needs out-of-the-box and benefit from VBS4’s increased performance and whole earth terrain. Users can plan and operate CAS missions similarly to how they do this in VBS4’s existing CFF module, bringing training and administration synergies. 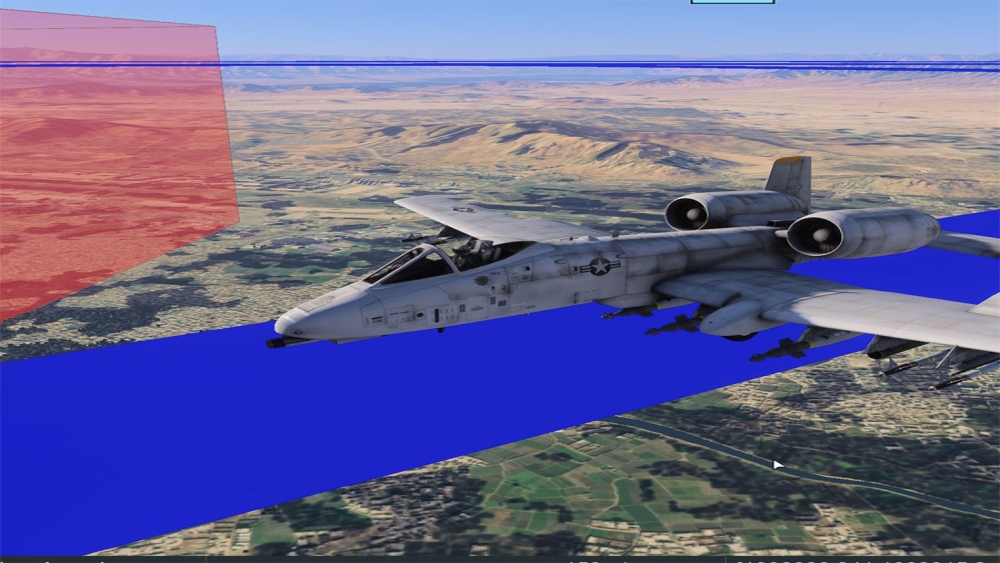 With the new VBS CAS and the VBS4's built-in VBS CFF, VBS4 has an organic Joint Fires Capability. This not only enables the trainees to create a more complex scenario but enhances their ability to use those resources they normally don’t have access to. As an Instructor/Operator, I appreciate the ease of use of the system as a whole, but the greatest advantage is the ability to run multiple Instructor/Operators to scale up in echelons and have separate Fire Cells and Air Cells to coordinate with.

VBS CAS will be available as part of the VBS4 Bundle which also includes:

* (API key must be acquired directly from Microsoft.) 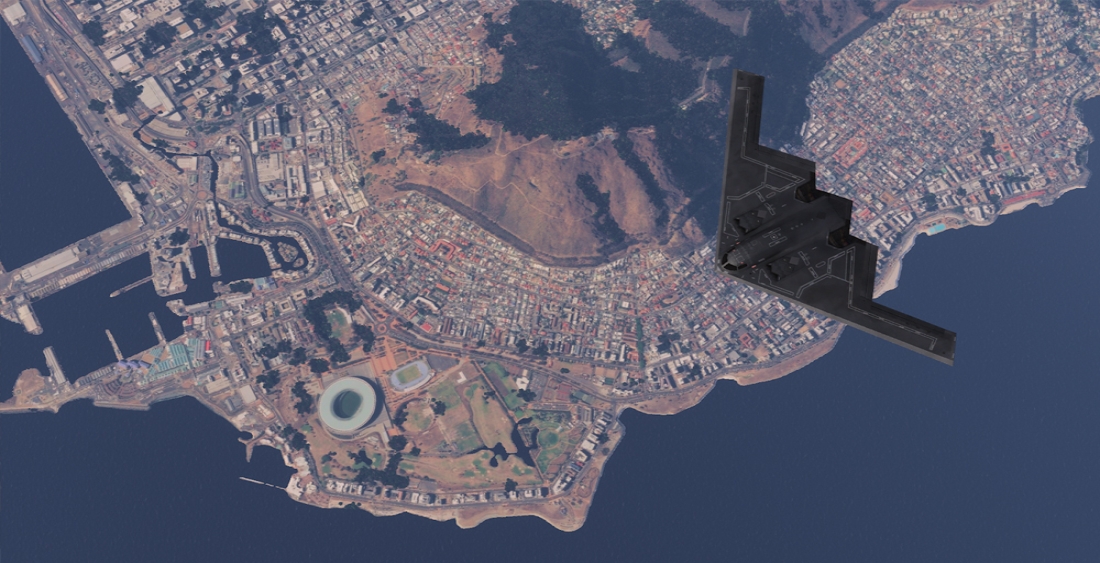 VBS4 22.1 also includes a new VWS (VBS World Server) Dashboard web-based interface which allows administrators to remotely control and monitor the operation of the VWS via a web interface. Administrators can monitor real-time system resources such as memory usage, network utilization and many other critical parameters. The administrator will be alerted to issues and can start and stop individual VWS services without having access to the physical VWS computer. 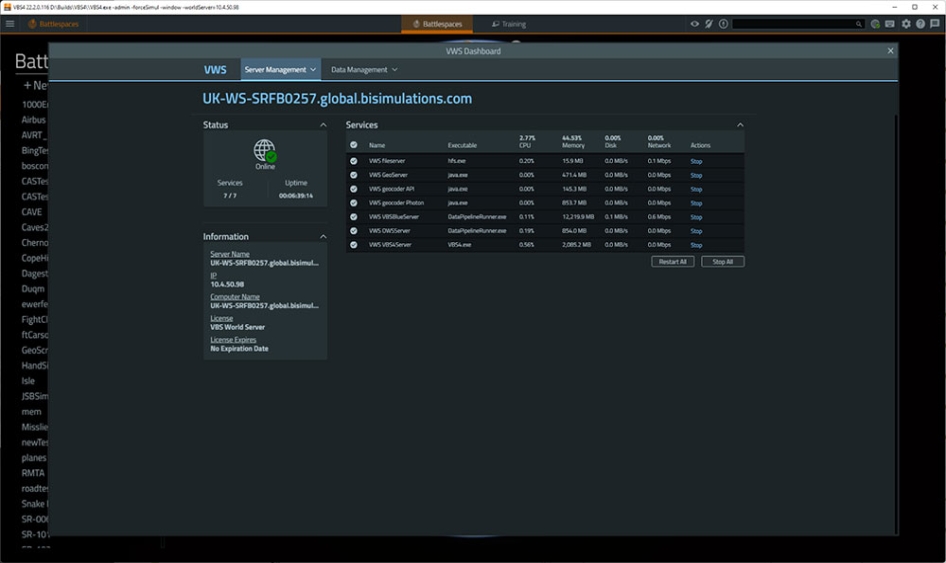 60 new models have been added to VBS4 across all domains, including Bundeswehr and Republic of Korea armored vehicles, ADF and Civilian Maritime assets, and UK Emergency Services. 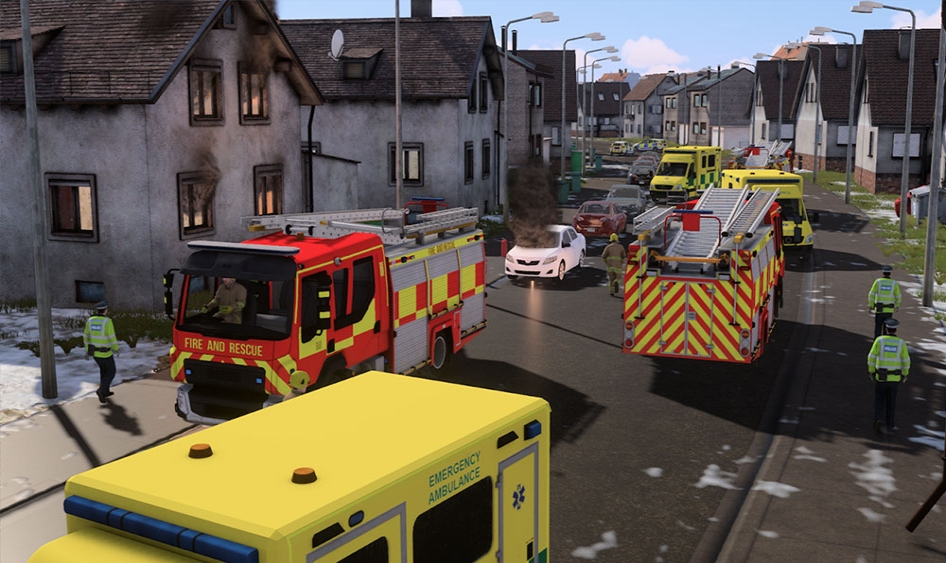 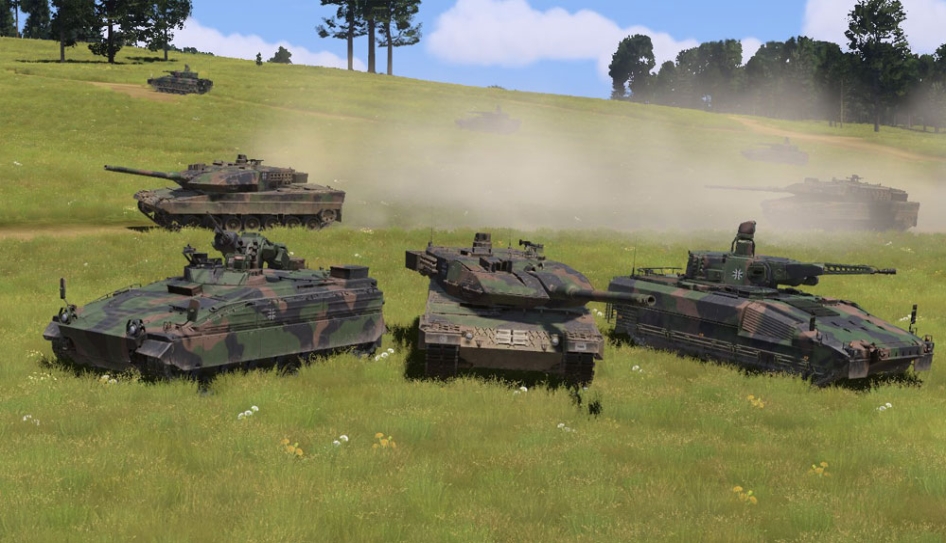 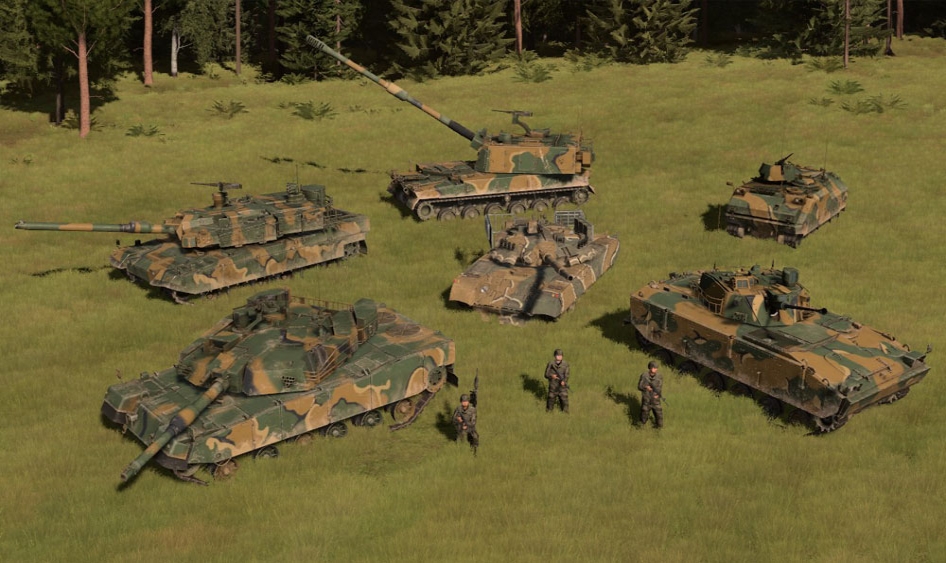 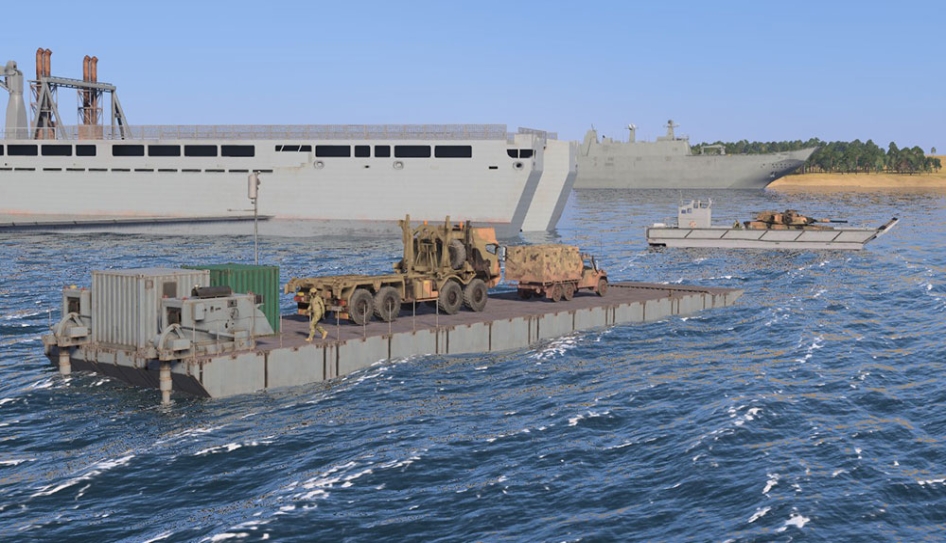 Founded in 2001, Bohemia Interactive Simulations (BISim) is a global software company at the forefront of simulation and training solutions for defense and civilian organizations. Our in-house engineers use the latest game based technology to develop high-fidelity, cost-effective training and simulation software products and components for defense applications.

Globally, many hundreds and thousands of military personnel are trained every year using our high fidelity VBS software products. More than 60 NATO and NATO-friendly countries, and over 300 integrators/prime contractors use VBS technology; many making significant funding commitments to extend VBS product capabilities. Our customers include the U.S. Army, U.S. Marine Corps, Australian Defence Force, Swedish Armed Forces, French MoD, UK MoD and major integrators. Our flagship VBS products have become one of the most widely used COTS product ranges in the military-simulation sector, supporting hundreds of military use cases and greater military exploitation.