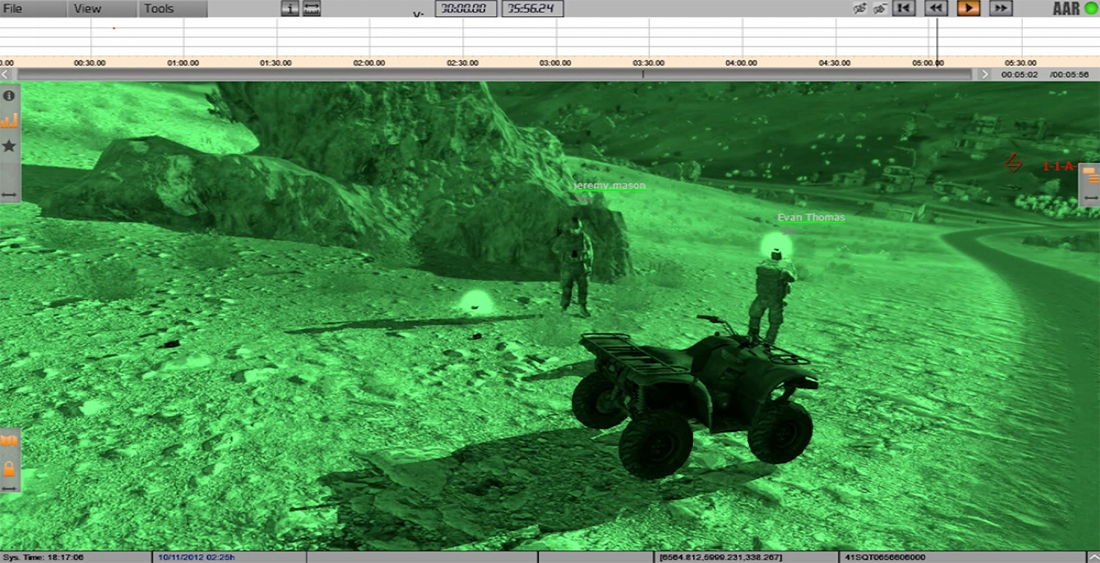 In the evening following Afghan runoff elections in 2014 in Zabul province, a group of U.S. and Afghan forces were departing from a security mission when one team began taking fire. The team radioed the JTAC in the group that they were taking fire and the JTAC called in a strike from a B-1B orbiting above. The JTAC told the bomber crew that the team had infrared strobes on, but the targeting pod sensors couldn’t see the IR strobes. The resulting airstrike killed five U.S. soldiers and an Afghan Army sergeant. Investigators later cited in an official report that poor communications, misunderstanding of technical capabilities, and inadequate planning were contributing factors that led to the friendly fire incident.

The following features will be included in VBS3 v3.9.1, which will be available at the end of July.

These new features include infrared (IR) strobes that can be attached to any object, with selectable flash rates. Marker lights in VBS3 are now synced and can be displayed over a dedicated server and can be recorded and displayed in AAR. (Watch the video here.)

BISim also has updated targeting pods with IR lasers that include easy-to-use slew to grid feature on optics, a Rover video feed of the pod view, and the ability to configure users in aircraft. 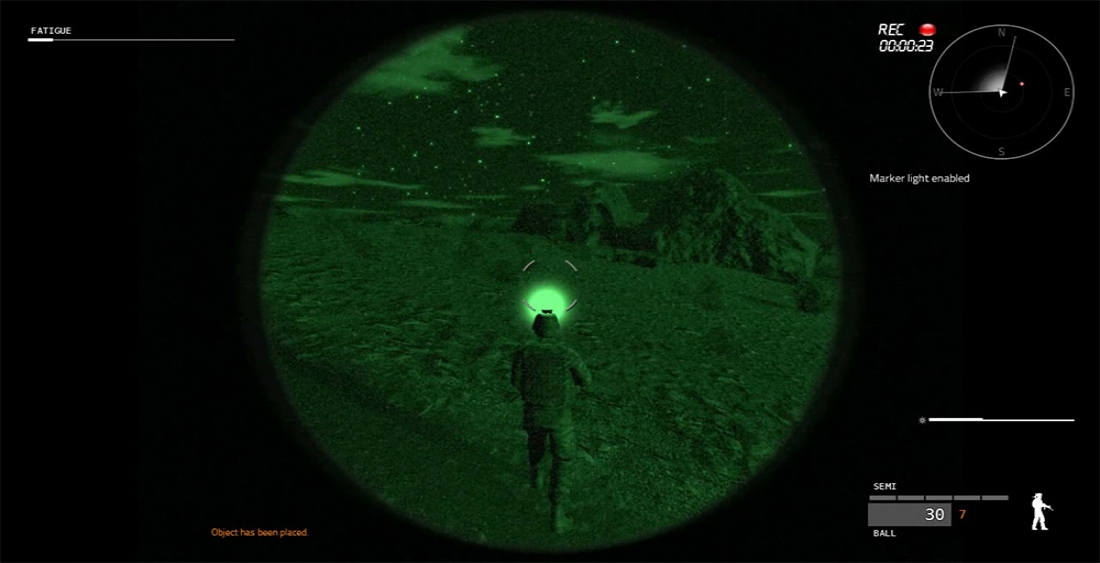 In addition, we’ve  worked to add new waypoints for easier control of the AC-130 and easier creation of strafing runs with aircraft in VBS3. And, we’ve added grenade launchable IR illumination flares when JFOs need to practice using them. For training administrators, we have made IR flares available via editor object for when JFOs need to practice when and where to call for support.

These  features are intended to help make it easier for training administrators to conduct simulated CAS training exercises,” said Jeremy Mason, BISim senior game designer. “The goal is to help JFOs better understand the practices and procedures needed to act effectively  in complex operations and ultimately save lives.”

In addition to these features, VBS3 already comes equipped with other many features for night simulations. For instance, in 3.9.0 BISim updated the particle effects for white phosphorus and airbursts to improve their appearance and performance.

And prior to 3.9.0, VBS3 already featured various types of night vision goggles including the NVS-7 and AVS-9. For specific customers, BISim has developed blackout lights, though those  are not available in our baseline build for all customers. Convoy lights are also available on select vehicles in VBS3. On specific weapon systems, night vision and thermal imaging are available. VBS3 supports laser sights with personal weapons equipped with those devices. VBS3 also includes a trip flares and our mortar simulation includes illumination rounds. 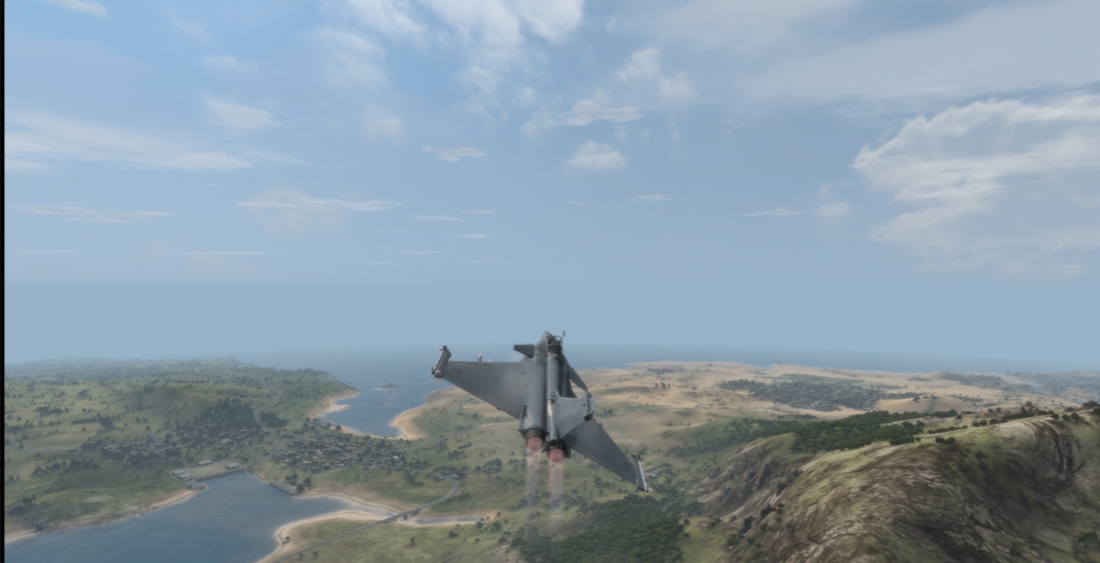 Also coming in VBS3 is a new plugin enabling more accurate flight models for aircraft. For VBS3 v3.9.1, BISim developed a plugin for Gateway that allows JSBSim to control the flight dynamics and physics of VBS3 aircraft. JSBSim is an open source flight dynamics model (FDM) that compiles and runs under many operating systems, including Microsoft Windows, Apple Macintosh, Linux, IRIX, Cygwin (Unix on Windows), etc. The FDM is essentially the physics/math model that defines the movement of an aircraft, rocket, etc., under the forces and moments applied to it using the various control mechanisms and from the forces of nature.

BISim implemented this new plugin for the French MOD for the Dassault Rafale. VBS3 users can enable the flight model by attaching an editor object to the aircraft. Using JSBSim, customers can define their own custom flight models for VBS3 by creating an XML file in JSBSim which loads automatically into the editor object in VBS3. 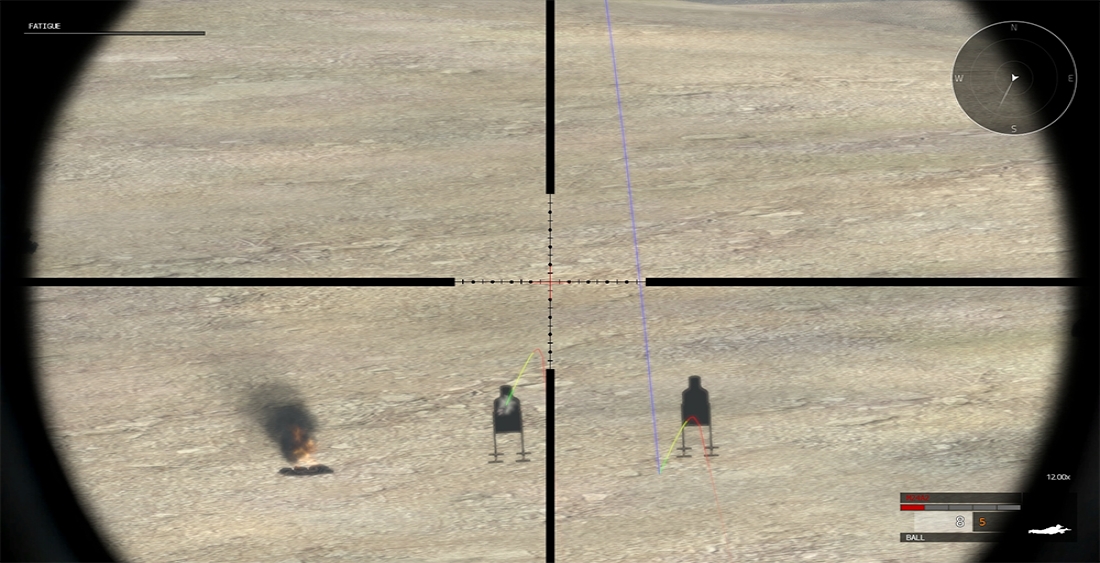 BISim has added windage effects that impact ballistics and flares for players and AI units. This feature is turned off by default but can be turned on in the simulation settings. (Watch the video.) BISim also is working to develop “heat haze” simulation that provides a mirage effect that affects visibility, which is still in development but expected to be included in 3.9.2. (Watch the video.)

Also coming in VBS3 v3.9.1, BISim is adding a dozen new face animations for a greater range of expressiveness for characters. BISim is implementing multi-frame facial animation control in VBS in order to provide high fidelity facial animations of multiple frames over seconds in time.  Currently, VBS transitions between individual facial expressions by interpolating between them, this allows for single frame facial animations to be applied to a character in a less realistic manner. Facial animations will support lip sync, whereby the lips will move in accordance with the tones in a voice sound file.